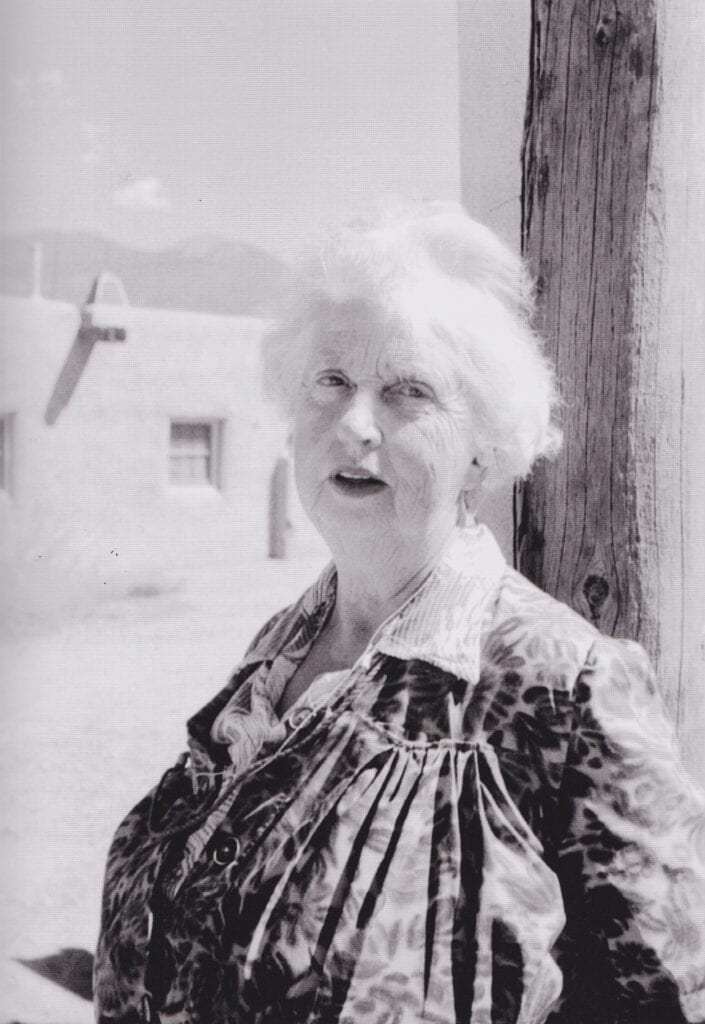 Born in England to an aristocratic family, Dorothy Brett led a sheltered early life. In 1910, she began study at the Slade School of Art in London where she became associated with the Bloomsbury group, a coterie of English writers, philosophers, and artists.

Among the people she met in London was novelist D. H. Lawrence, who had traveled to Taos in 1923 at the behest of patron of the arts Mabel Dodge Luhan, who was responsible for introducing many artists and writers to the area. Indulging in a dream of beginning a utopian community in New Mexico, he returned to England to attempt to persuade friends and colleagues to join him. Dorothy Brett alone accepted his offer.

The following year, D.H. Lawrence, his wife Frieda, and Dorothy Brett arrived in Taos and stayed at Mabel Dodge Luhan's home. Later Luhan gave D.H. Lawrence and Dorothy Brett 160 acres on her ranch twenty miles north of Taos where Brett took the smaller of two cabins and helped with carpentry and typing in addition to attending to her painting.

When the Lawrences left in 1925, Brett stayed on alone at the ranch, living in poverty for several years. She survived by selling her paintings of Pueblo Indians to tourists. Over time, her work took on a more mystical quality. She was the first Taos artist to defend the transcendental painter, Emil Bisttram, and she must have felt a connection with his theosophy-inspired aesthetic. She was initially too hesitant to depict the rituals that fascinated her, although they would eventually become her primary subject. Her later pieces are characterized by a stylization that suggests the rhythms of the dances and chants. 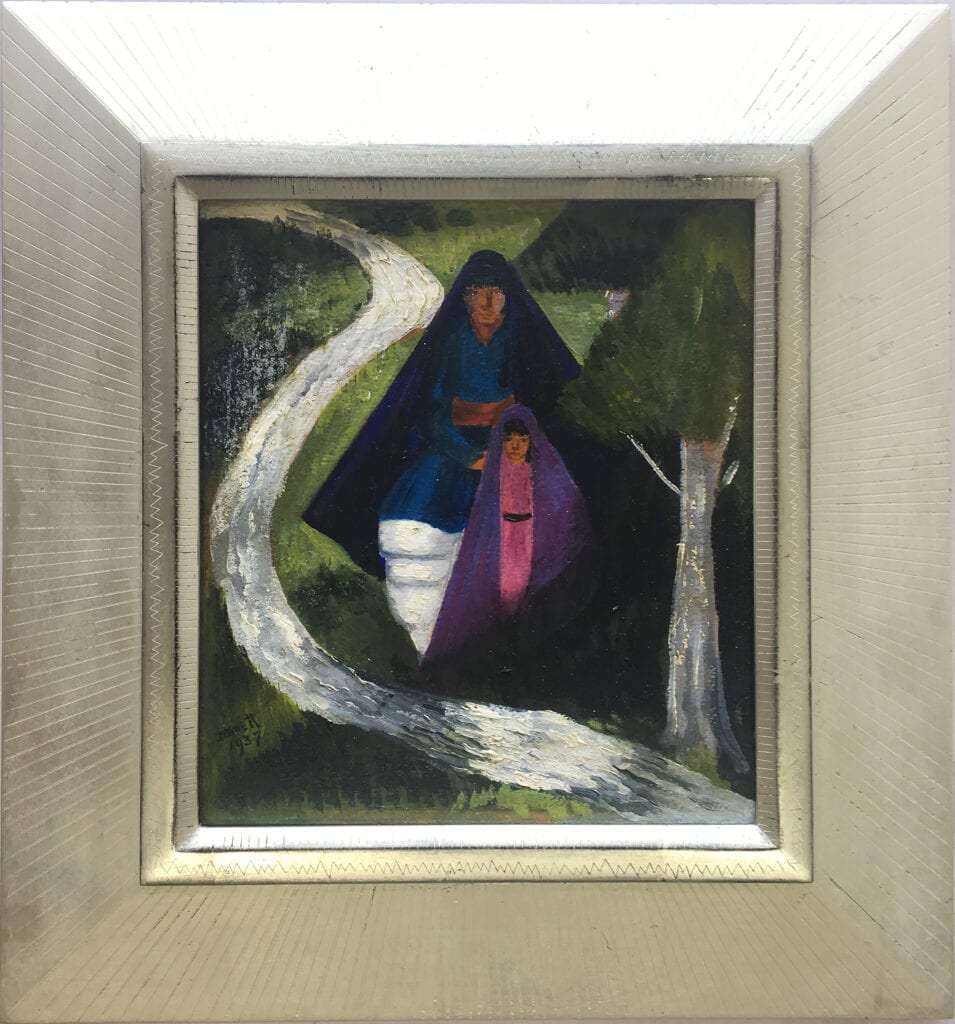 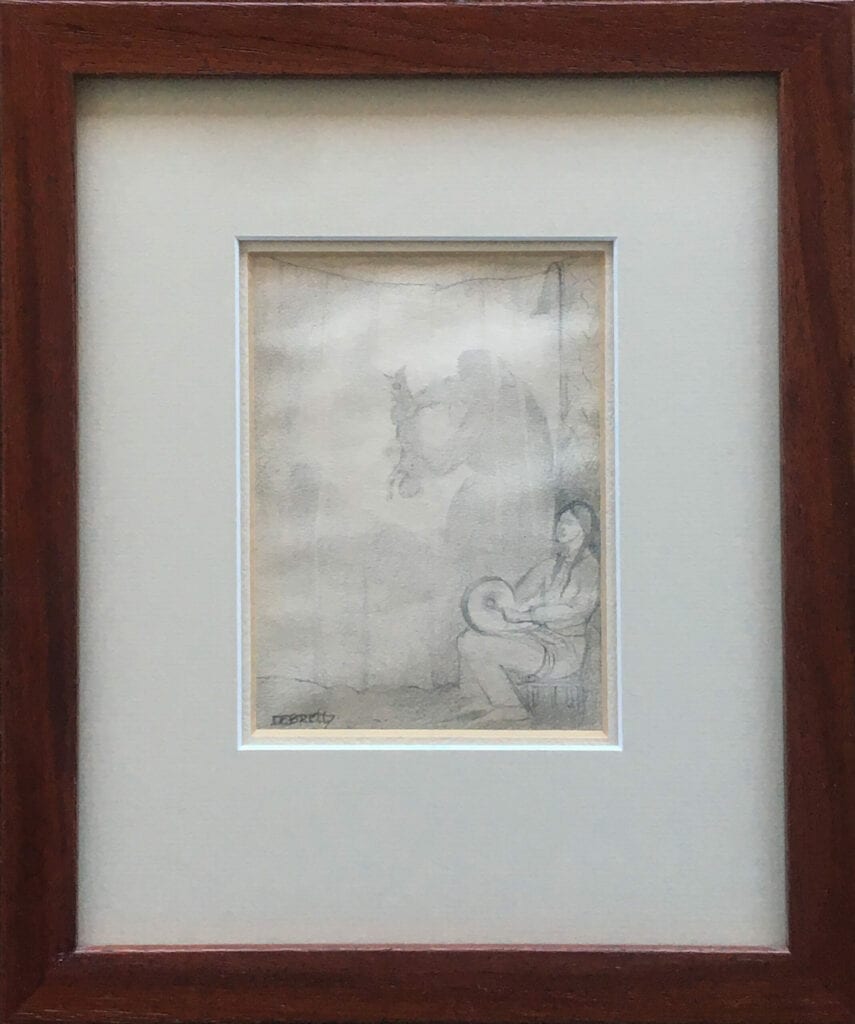 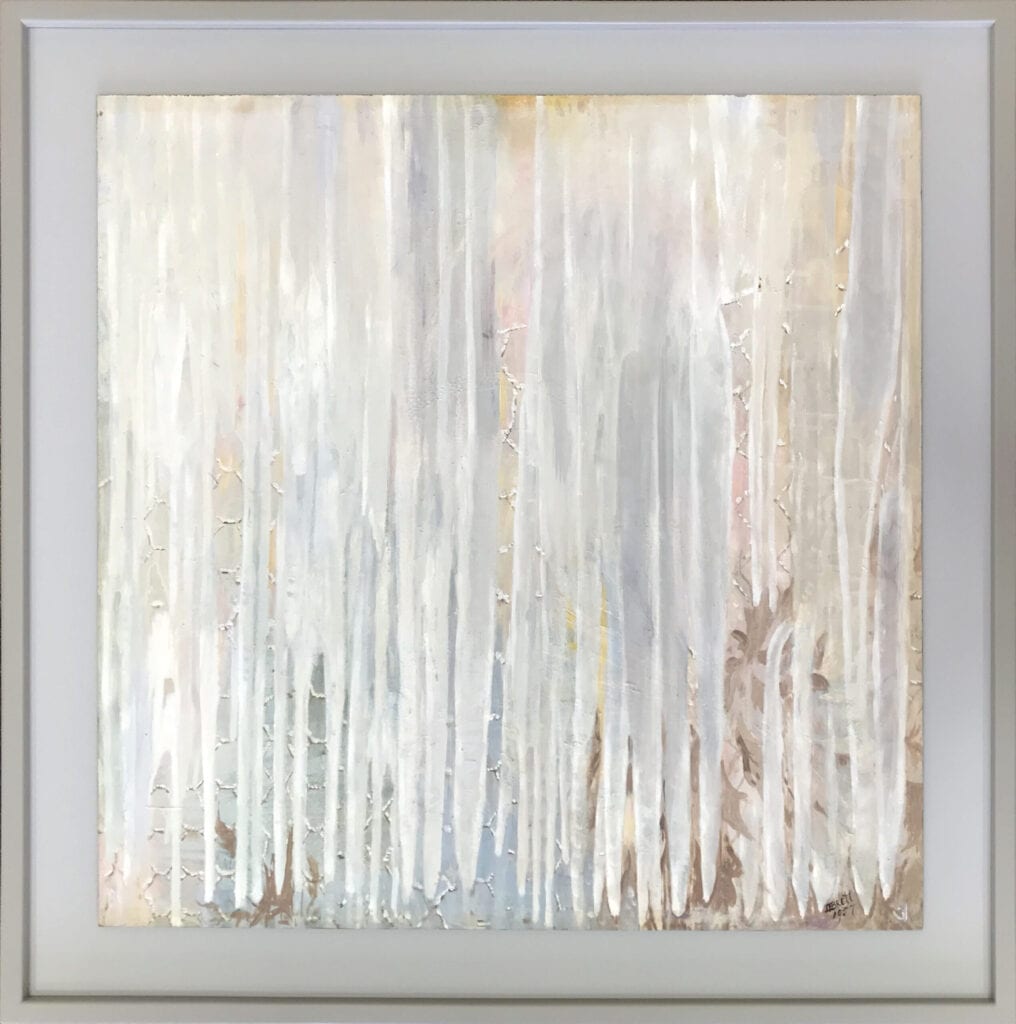 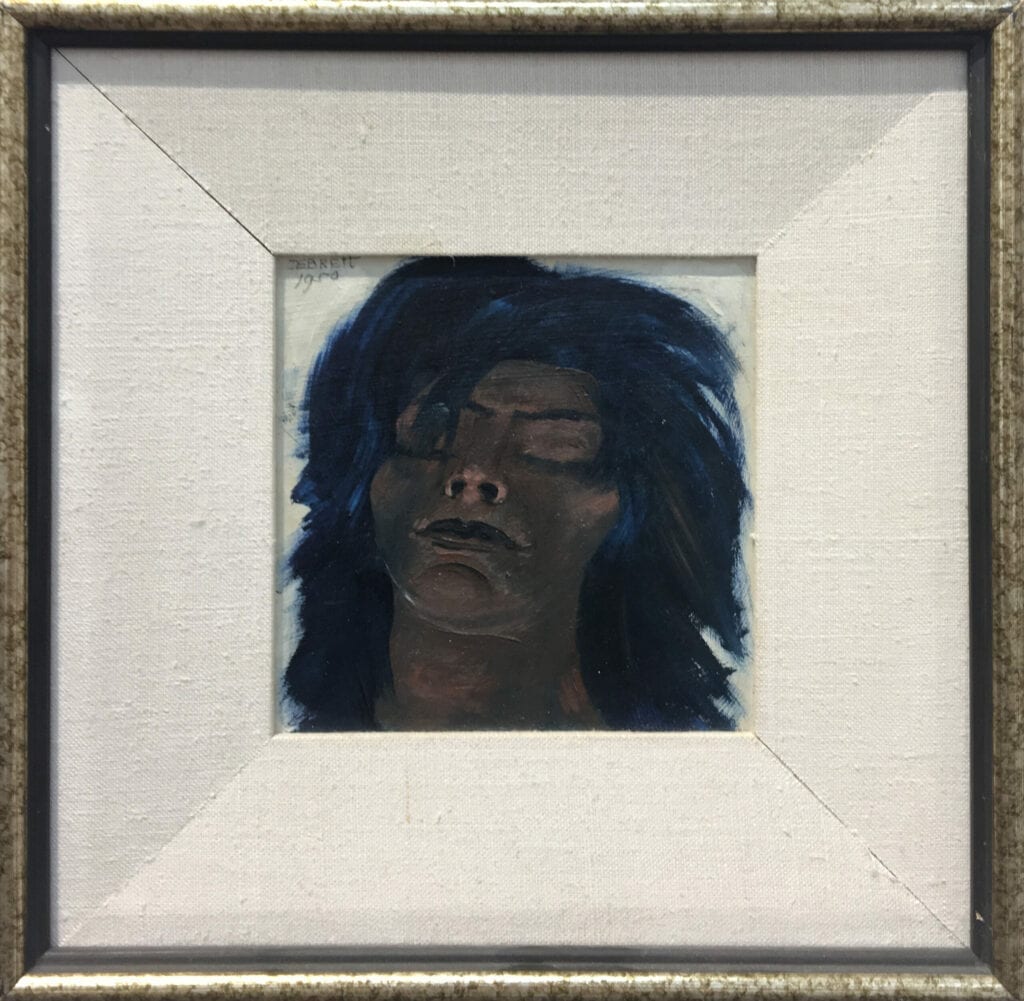 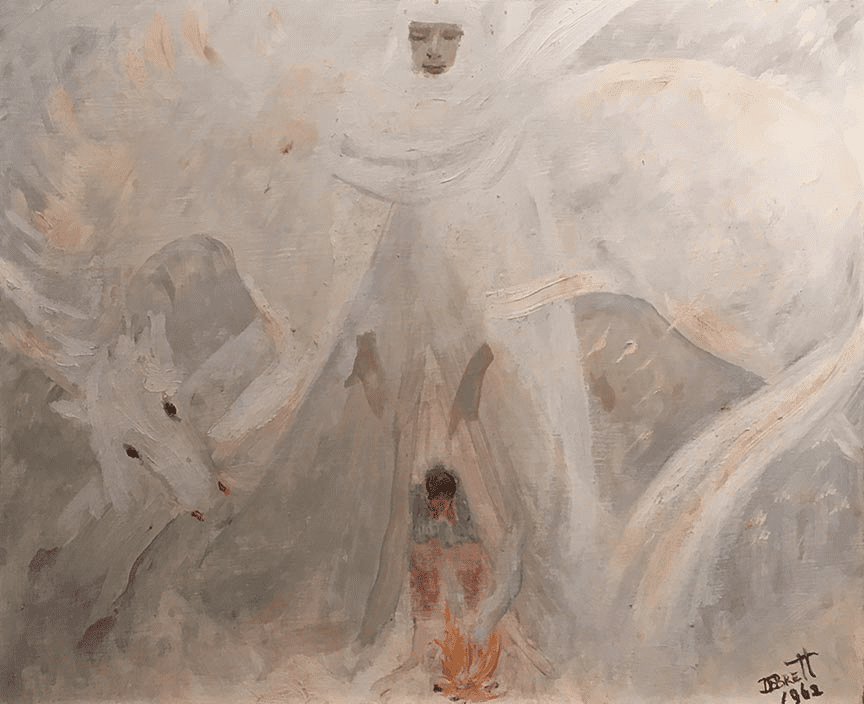