Born in St. Louis, Oscar Berninghaus displayed artistic talent early on, always carrying a sketch book drawing his surroundings and working with watercolors.  Leaving formal education at an early age, he began working for a lithography company at the age of sixteen.

Berninghaus returning for further art education attended night classes at the School of Fine Arts in St. Louis, an experience which led the artist to receive a commission from the Denver & Rio Grand Railroad.  Heading west, painting in watercolors depictions of the mountains, villages and native peoples for advertising purposes in order to attract Easterners to travel west, he ended up visiting Taos New Mexico for the first time in 1899.  The Artist, taken with Taos' special light, the big sky and the people, Berninghaus vowed to return for a longer stay and realized at that point he would have to master oil paints in order to capture the complexity of the landscape and the majesty of the Sangre de Cristo Mountains.

Heading back to St. Louis to hone his craft in 1900, the artist had his first one man show and display mostly the works from this first trip to Taos, becoming know as a painter of the frontier and the American Indian .  That same year the artist returned to Taos and continued to return almost every summer for the next twenty five Years.  Becoming one of the founding members of the Taos Society of Artists in 1915, his artwork along with the members travel around the country bringing the entire group much success early on.

In 1925, at the age of 51, Berninghaus moved to Taos permanently, allowing him to paint year round the Taos scenes he became most know for.  One of the only members of the TSA who was largely self thought, the early works by Berninghaus were considered to be fine illustrations, tight depictions rendering more accurately  the subjects of his compositions.  However as time past and the artist became proficient with the use of oil paints and affected by the other more expressionistic artists, his works became looser more expressive and painterly, as is the painting "Taos Riders" depicted here.

Remaining in Taos until his passing in 1952, Berninghuas continued to paint Taos Pueblo people within the landscape, Adobes in the landscape, becoming know for his unmistakable stylized depiction of the horse with our without rider.  One of the few original members of the TSA, Berninghaus was around to witness a major transition of Taos as an art colony, with the influx of Modern Artists in the mid to late 1940s and his later work was influenced.  He knew and respected many of these Modern Artists. 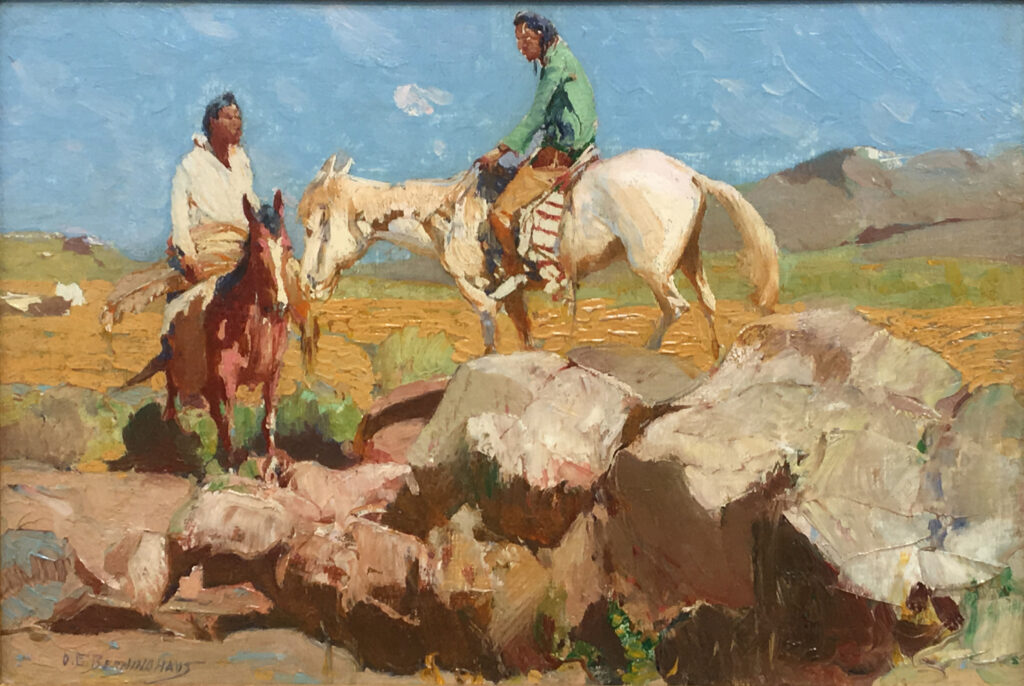 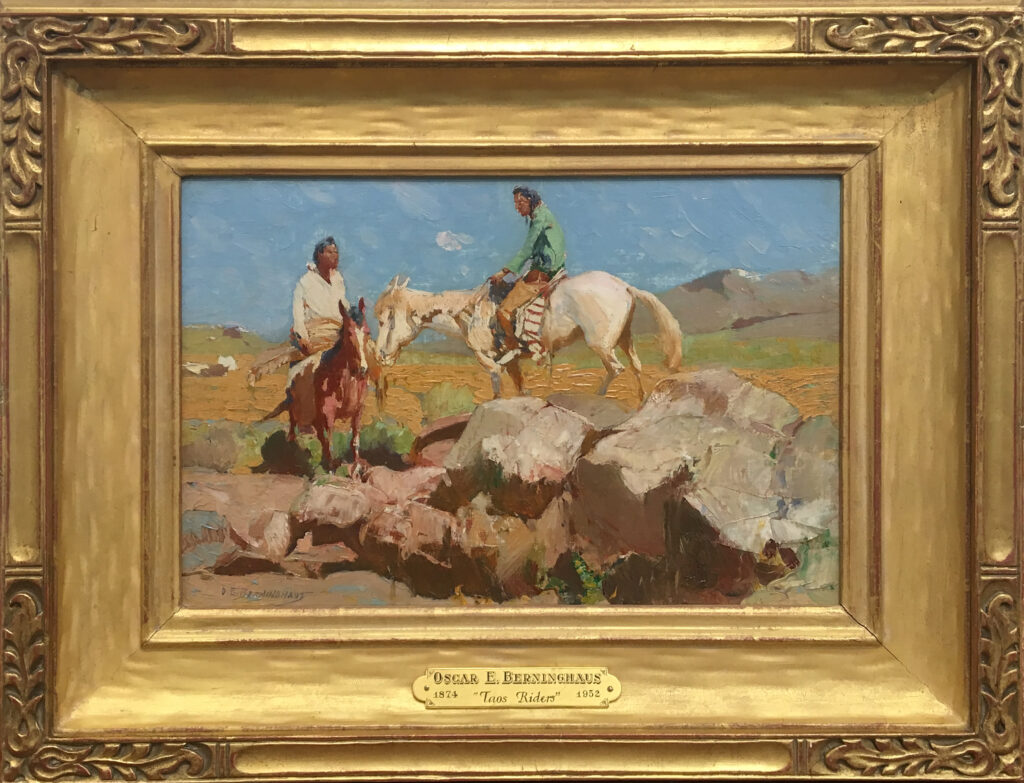