Born in Bisbee, Arizona, around 1900, Barela arrived in Taos with his brother and their widowed father in 1908. For the next three years, Barela worked as child laborer, then left his family to begin a long period as an itinerant laborer in New Mexico, Colorado, and Wyoming, usually as a farmworker or sheepherder. In 1930, he returned to the Taos area, and married Remedios Josefa Trujillo y Vigil, a widow with four children, the following year.

Their marriage, and his new responsibilities, coincided with The Depression. Work became scarce. When he could not find other employment, Barela carved wood; even when his did find work, he often stayed up all night to carve. Eventually he was hired as a teamster through a government relief program, but continued to carve wooden sculptures featuring religious and secular themes, mostly involving human relationships.

In 1935, Barela's carvings came to the attention of Vernon Hunter, head of the New Mexico Federal Art Project (FAP). Hunter invited Barela to transfer from Emergency Relief Administration employment to the FAP, where he could carve full-time. Barela soon began to attract critical notice when his carvings were included in an exhibition of WPA artists at the Museum of New Mexico's Museum of Fine Arts in Santa Fe.

In 1936, when eight of his wood sculptures were exhibited at the Museum of Modern Art in New York, again in an exhibition of WPA sponsored art, "Time" magazine declared him the "discovery of the year." Except for his brief national recognition, Barela remained little known outside New Mexico.

In 1940, Hunter featured Barela in an exhibition at the University of New Mexico celebrating the state's "Coronado Cuarto Centennial, 1540-1940." He was one of the last artists to be let go from the FAP, in 1943. However, Barela made fewer and fewer sculptures in the last years of the program, returning to herding sheep and occasional farmwork.

However, by 1951, Barela was back in the Taos area and devoting his time to carving, often selling his work to the small following of dealers and other artists who collected his sculpture. By the 1950's, galleries in Taos represented him, particularly La Galeria Escondida, where his work was shown along with Taos modernist art. He also bartered his carvings for food, liquor, or supplies. Among his patrons was Helene Wurlitzer, who assembled an outstanding collection of his sculptures. In October 1964, Barela died in an early morning fire in his shop, where he had fallen asleep while carving.

This biography is from "Taos Artists and Their Patrons" by Suzan Campbell (general editor), Snite Museum of Art, University of Notre Dame, 1999

Please follow the link below to view the online catalogue for the 2015 exhibition Taos Moderns: Bridging the Gap, organized by 203 Fine Art. 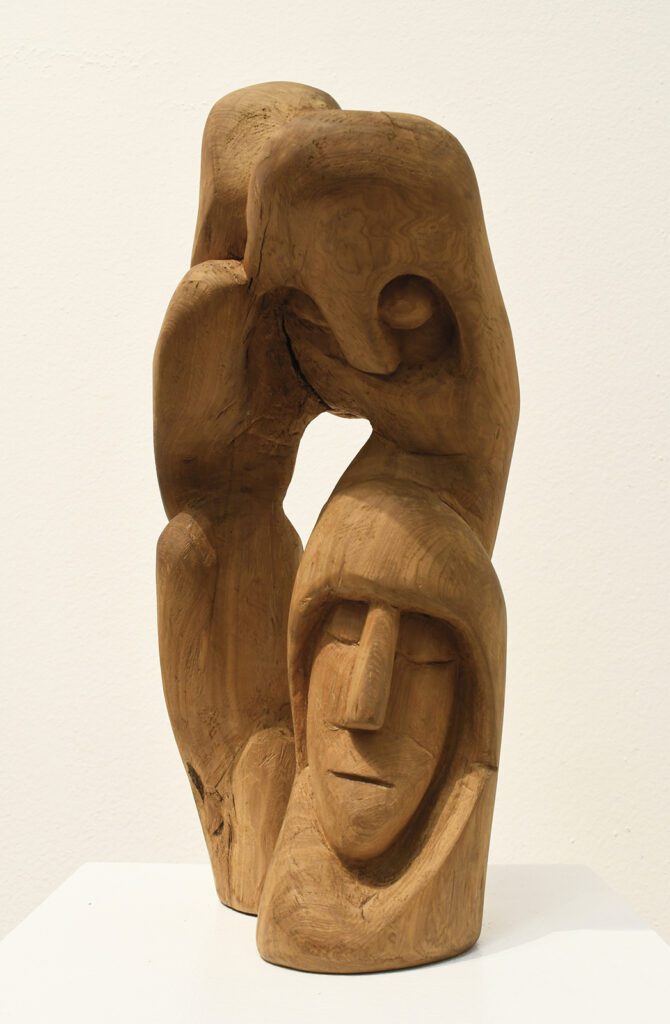 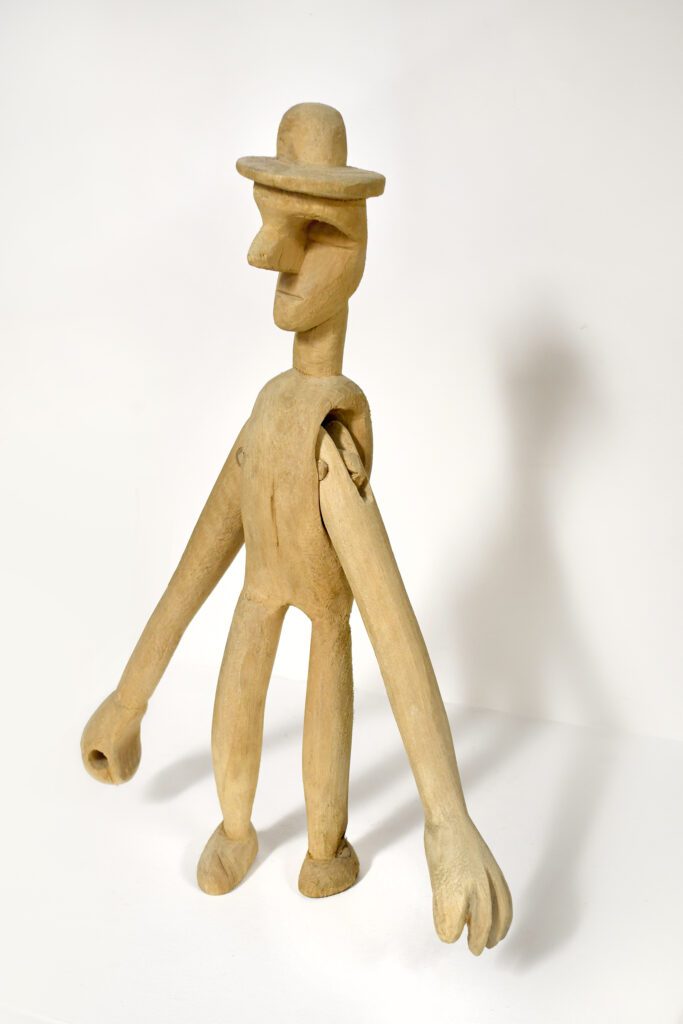 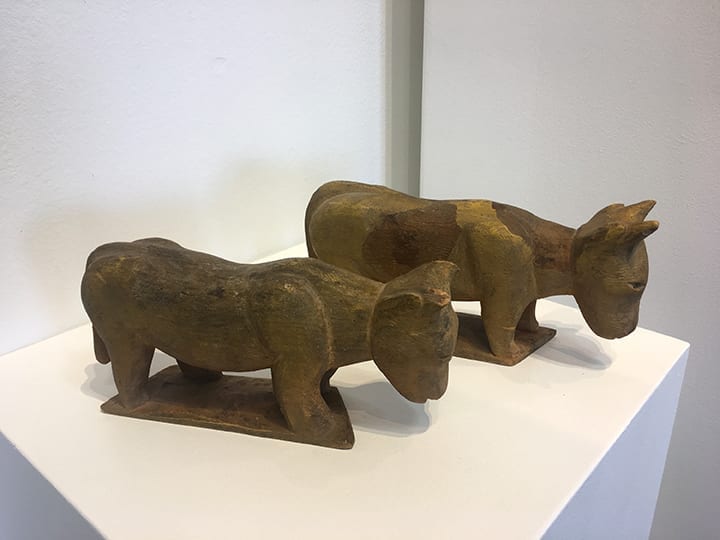