Born in Shelbyville, Indiana, in 1884, Victor Higgins left for Chicago at the age of fifteen to study painting. Although he only studied briefly at the Art Institute of Chicago, he became strongly connected to E. Martin Hennings and Walter Ufer. Higgin's future residency of Taos, New Mexico, where he would travel to with Ufer, was granted by the Chicago mayor Carter Harrison, who recognized Higgin's talent at the 1912 Palette and Chisel Club exhibit.

His studies took him to Paris, to the Academie de la Grand Chaumiere, then on to Munich, where he became determined to create an American style distinct from the approach he was learning in Europe.

In 1914 Higgins and his friend and painter Walter Ufer traveled to Taos, New Mexico, where they both joined the Taos Society of Artists. Higgins became well-known for his paintings of the Taos Pueblo, the Native people, and the old adobe dwellings of the Taos valley.

Of the early Taos painters, Higgins was the youngest founding member of the Taos Society of Artists and one of the more modernist-leaning painters. He was influenced early on by artists like Robert Henri, Marcel Duchamp, and Marsden Hartley, then later in the 1920s by Andrew Dasburg and John Marin.  His work now resides in the collections of museums across the region. 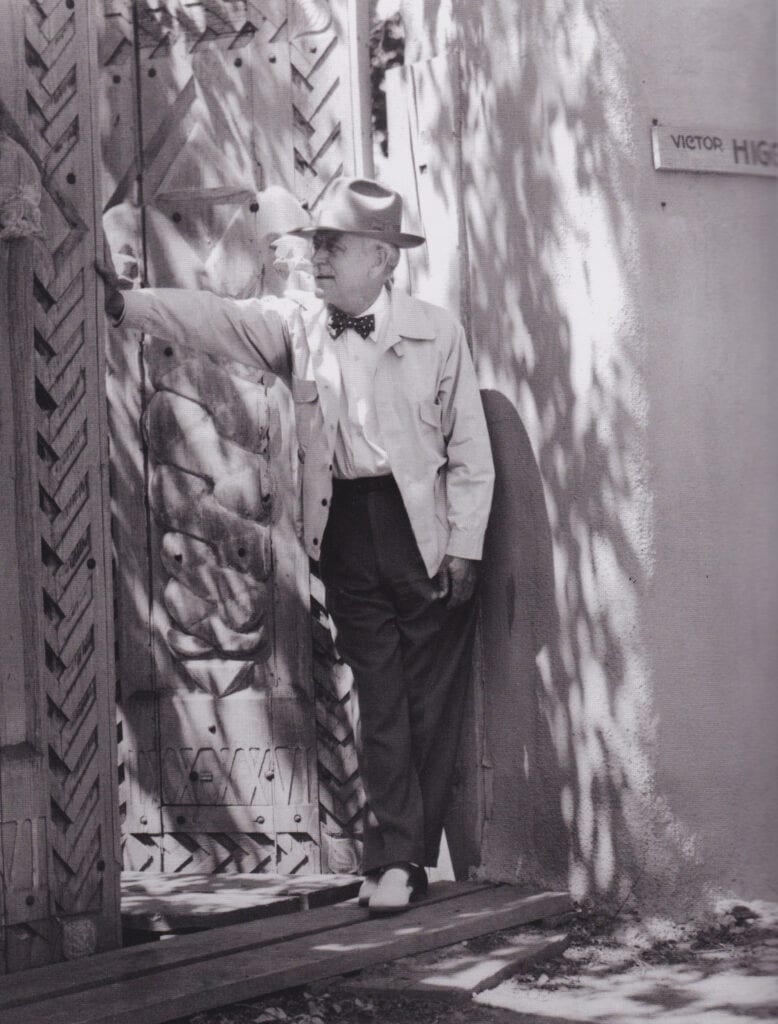 Gold Medal of the Palette and Chisel Club of Chicago, 1914

First Logan Prize at the Art Institute of Chicago, 1918

Elected to the National Academy, 1921 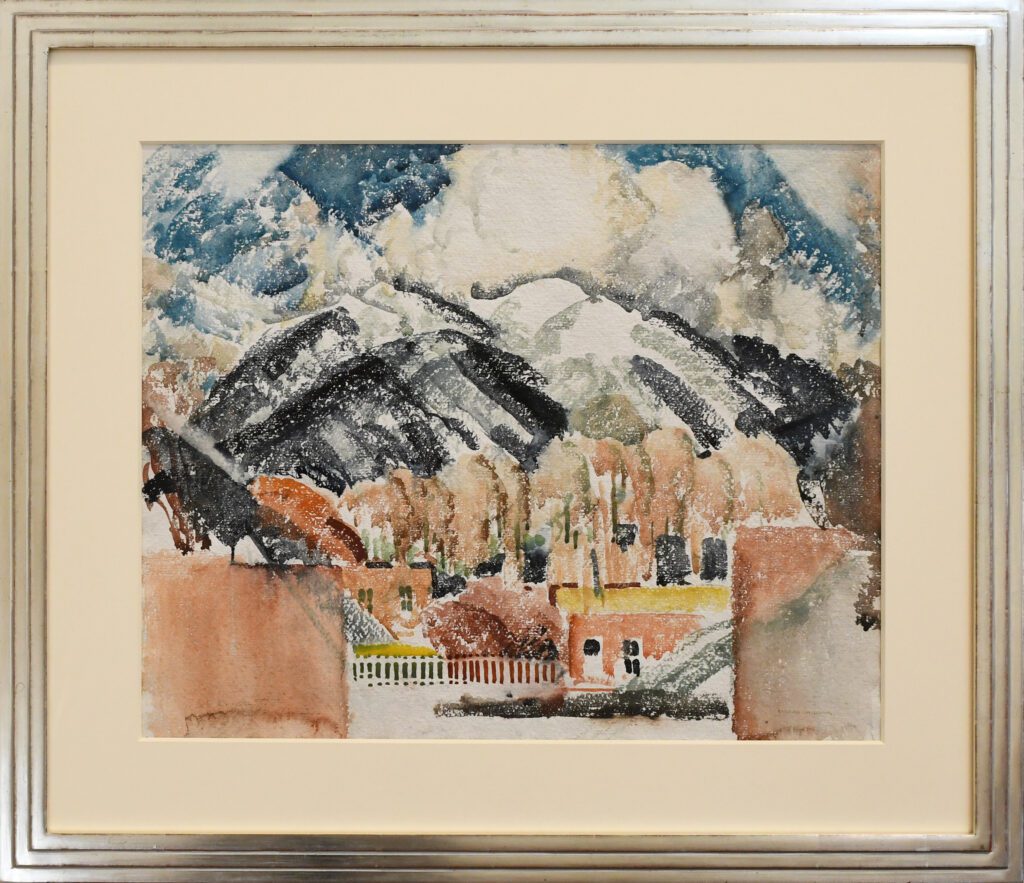 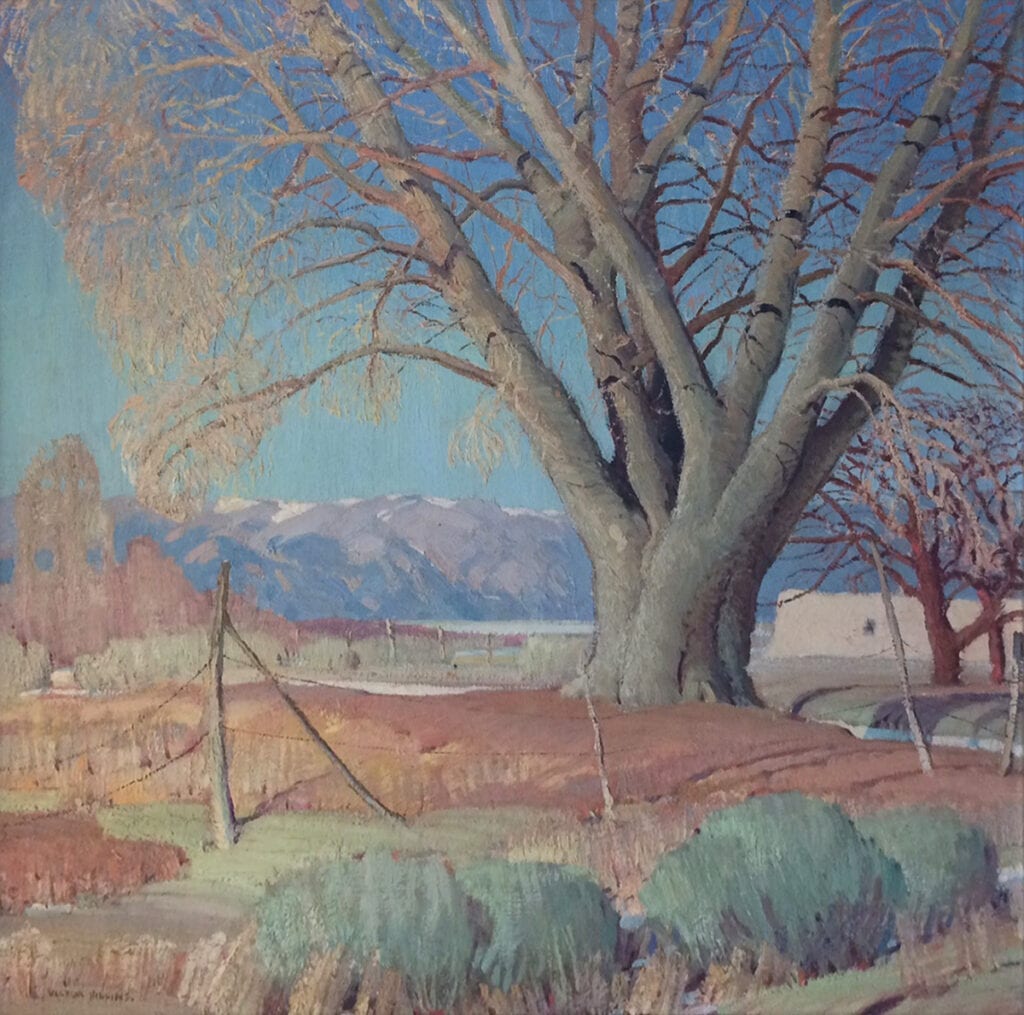 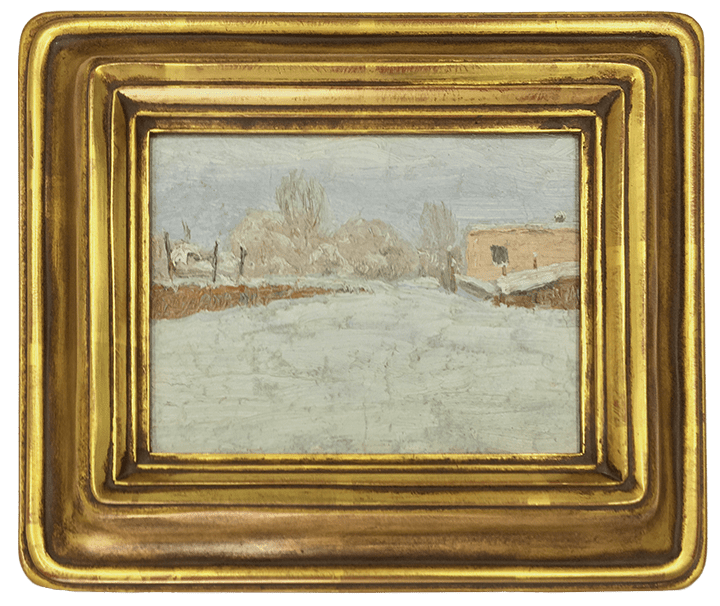 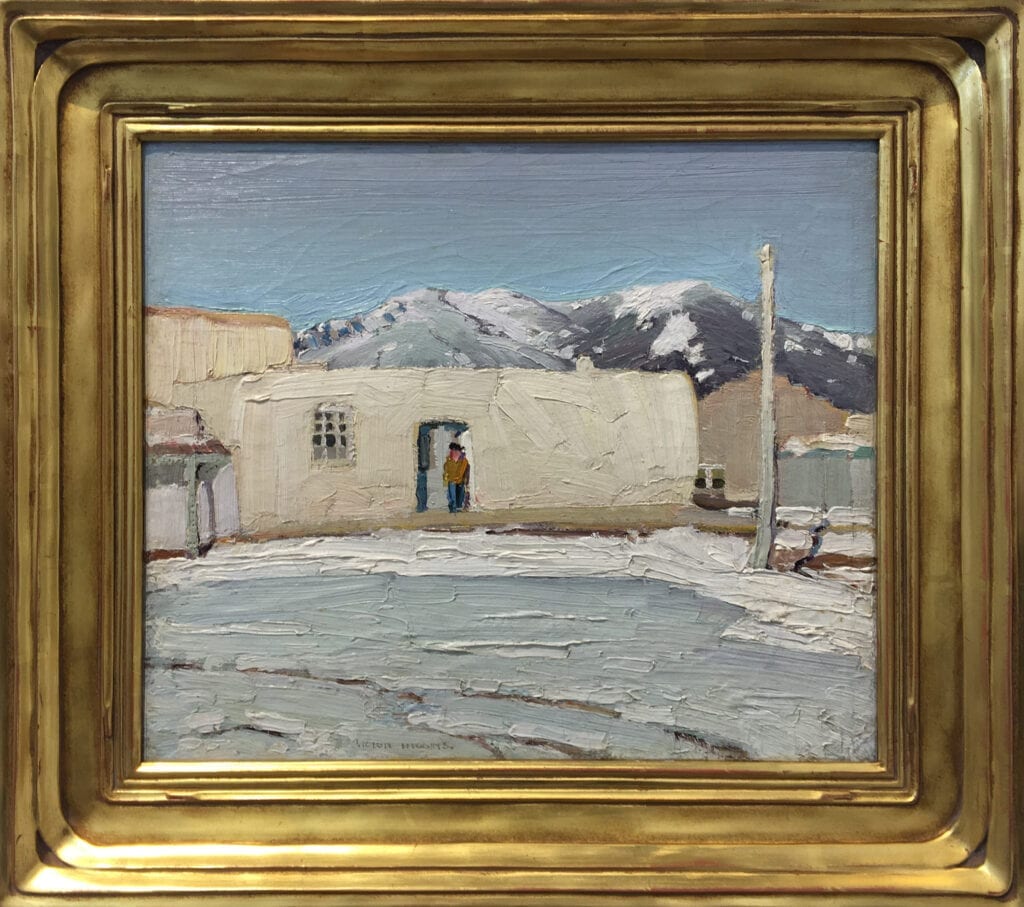