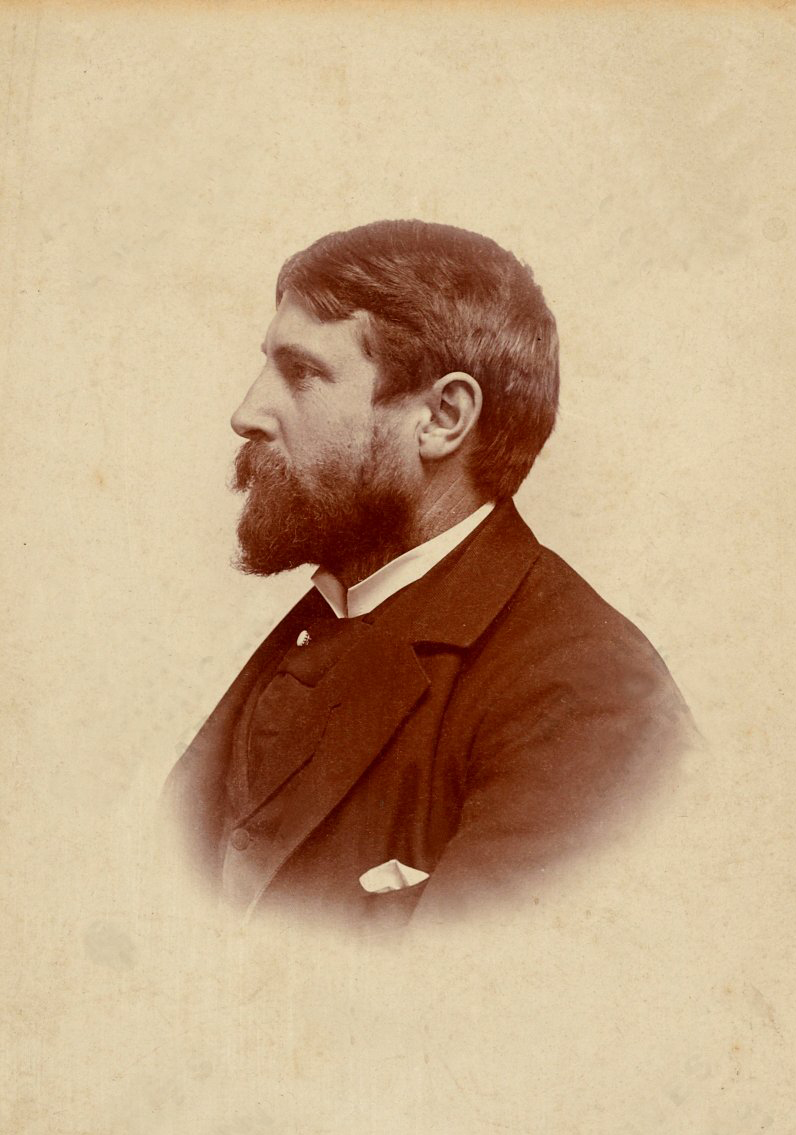 Elihu Burritt (Burt) Harwood (1855-1922), the son of Sanford and Kezia Dryer, was to play a major influence in the fledgling art community and cultural history of Taos, New Mexico. Burt's father Sanford was apprenticed to learn the trade of a saddler. By his death in February 1896, Sanford Harwood - having moved West and settled in Charles City, Iowa, in 1850 - had amassed thousands of acres of prime farmland in Iowa. He likely owned real estate in St. Paul and Minneapolis, where he journeyed "in search of lands" in 1853, when both were villages of 200 and 100 inhabitants, respectively, and where his son Burt would later establish two Academies of Art and Design.

In 1882, at age twenty-seven, Harwood enrolled in the Art Students League in New York City. Two years later he enrolled in Paris' Académie Julian, where he studied under Gustave Boulanger, Jules Lefebvre, Amie Morot, Raphael Collin, and - for several months - the sculptor Mercier.

According to David Witt, the curator of the Harwood museum, soon after Burt came to Taos, he began painting "the typical subjects of that time in Taos: Indians standing in front of fireplaces, Indians seated on walls, Indian holding a drum, and so on."

Burt died from suspected heart disease, in 1922, at the age of only 67. About a year after his death, his wife converted their residence into the Harwood Foundation, which today is called the Harwood Museum of Art. The Harwoods had bought the house shortly after coming to Taos. It had been owned by Smith H. Simpson's heirs; Simpson, who had been an aide to Kit Carson, and Taosena Josepha Valdez had built the house in the 1860s. It was long known as El Pueblito because of its sheer resemblance of Taos Pueblo.

Lucy Case Harwood established the Harwood home as a place where working artists, musicians, and writers could come and find lodging, solace and camaraderie. The cultural consequences of that decision place her achievement on a level with that of her art patron neighbor Mabel Dodge Luhan. For, as the noted American historian Shelby Foote once wrote, "A university is just a group of buildings gathered around a library".

Burt and Lucy at Home: Featuring the Paintings of Burt Harwood, Harwood Museum 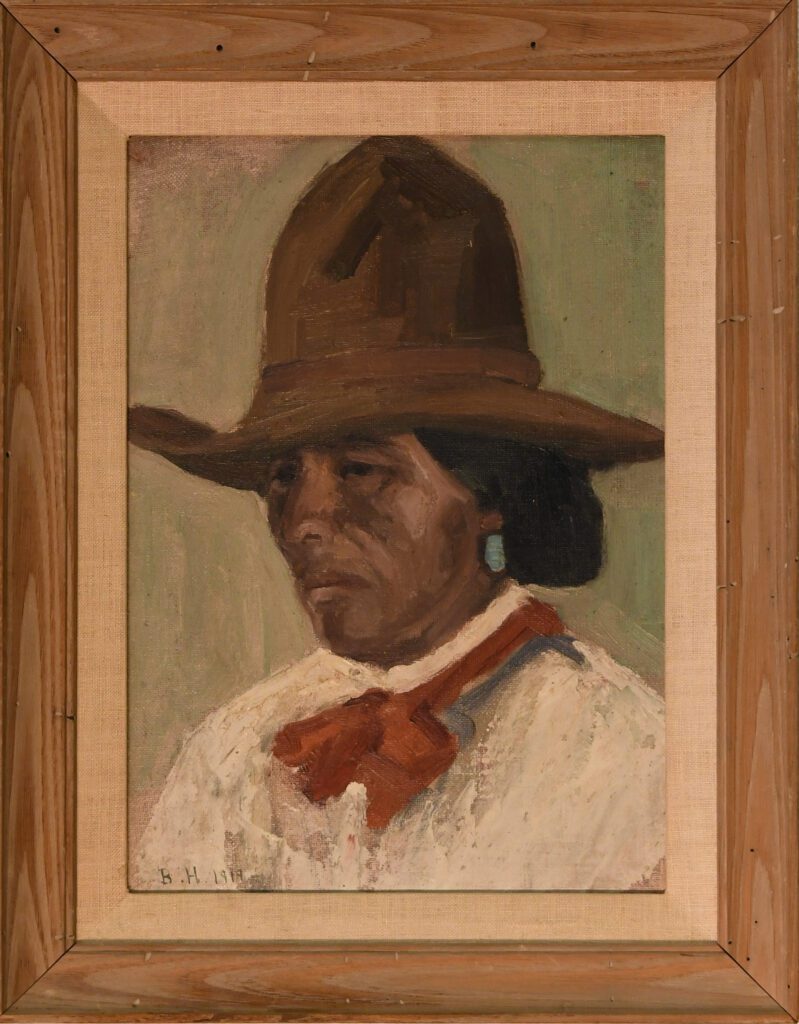