The influence of Hans Hofmann on the modernist movement cannot be underestimated. Considered a father of Abstract Expressionism and one of the most important art teachers of the 20th century, his work is imbued in the ideas and techniques of many of the Taos Moderns, some of whom studied directly under him, and others who experienced his pedagogy secondhand - as students of his students. Hofmann had a spiritual view of art, and a unique understanding of the interaction of color and space, and pictorial structure.

Born in Germany in 1880, Hofmann began his art studies in 1898 with Moritz Heymann. In the early 1900s, Hofmann relocated to Paris, becoming involved in the avant-garde art scene and befriending Matisse, Picasso, and Georges Braque.

He opened his first art school in 1915 in Munich, which was regarded as a progressive institution. In 1932, he moved to the United States to continue his teaching, at the University of California, Berkeley, the Chouinard Art Institute, and the Art Student’s League of New York. He opened his own art schools in New York and Provincetown, until he retired from teaching in 1958 to work on his painting full time. He had a particularly fertile late career, receiving strong critical acclaim for his work until his passing in 1966. Posthumous retrospectives have been held at the Hirshhorn Museum, the Whitney Museum, and the Tate Gallery London. 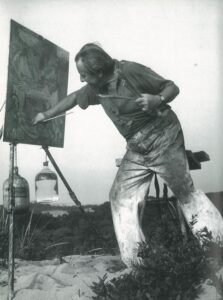 Hans Hofmann Painting in the Dunes, 1942 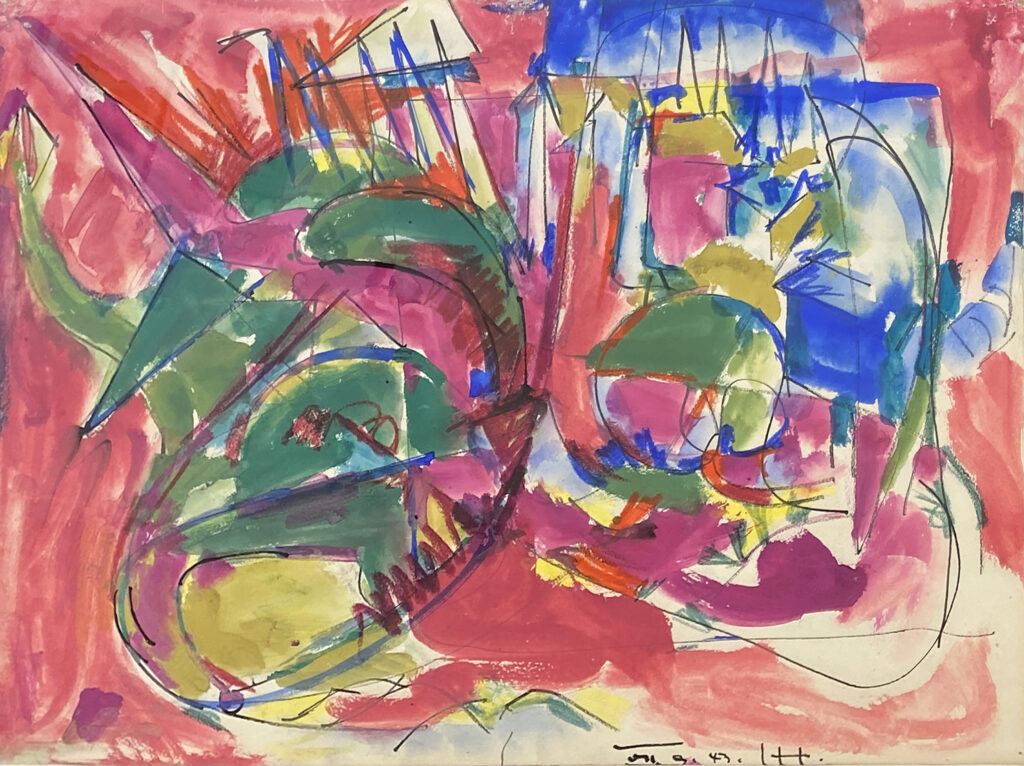