“I was born in Chelsea, Massachusetts. Thirty-eight years before I was born, in 1908, the Great Chelsea Fire burned half the city to the ground. It was just after this Great Fire that families of Eastern European, Jewish, Italian, Irish, Greek, and Russian Orthodox immigrants came to Chelsea to buy up the partially burned houses on the cheap. My grandparents, Yiddish-speaking Jews from Odessa, Russia, were among them. They bought a house in Chelsea and fixed it up. The charred black rafters in the attic crawl space still told the story.

The fire also gave birth to hundreds of junkyards salvaging what they could from the fire. Each one specialized in certain commodities: paper, cardboard, metal, stone, car parts, etc. This land of junkyards was my playground. I rode my bicycle down into the junk district to look at fragments and to pick up a prize piece of junk to take home to my playroom, the boiler room, in the basement of the house - my first workspace. What I do now is not that much different from what I did in that boiler room: breaking, fixing, rearranging.

In 1964, I entered the University of Massachusetts. I was expelled in 1966 and within a few days was drafted by the US Army. I served in Vietnam from 1967 to 1968. During that time, I maintained my sanity as much as possible with words... After I was discharged from the Army, I traveled extensively in Europe. I found that the words I had depended on were somehow failing me. But in their place was art, architecture, painting, sculpture and stone. Stone was (is) everywhere. I fell in love with it.

After Europe, I went to the Instituto Allende in San Miguel de Allende, Mexico, on the GI Bill.I received my MFA and then taught there for a year. Next came a 3-year apprenticeship with a stonemason in Massachusetts, and then I moved to New Mexico to begin my career as a sculptor. I was recreating that boiler room of my youth, so to speak. I opened Southwest Stoneworks in 1976 and have been working with stone for 41 years.

I met my wife, ceramist Betsy Williams, in 1999. She inspires me. Together, in 2005, we opened Rift Gallery adjacent to my stone yard in Rinconada, New Mexico. In the gallery, we feature a carefully curated selection of contemporary two-and three-dimensional work.”

Two Sculptures on the grounds of the Embudo Valley Library, Dixon, NM

Mark Saxe is a 2022 Guest Artist. Please follow the link below to view the online catalogue for the 2022 exhibition Non-Objective / Taos, organized by 203 Fine Art. 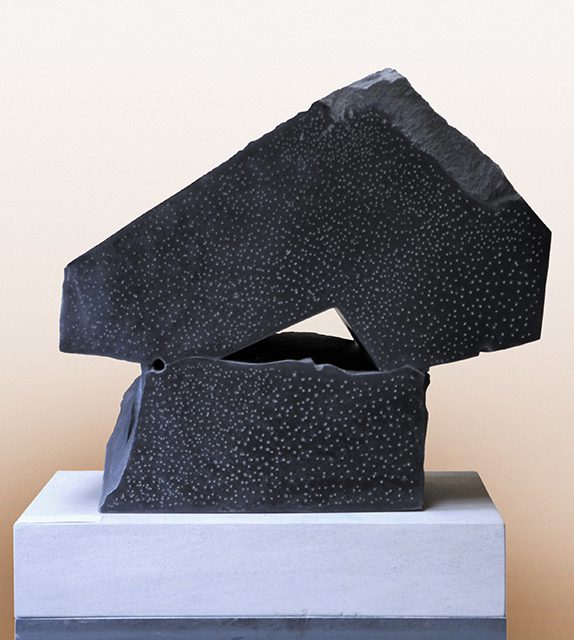 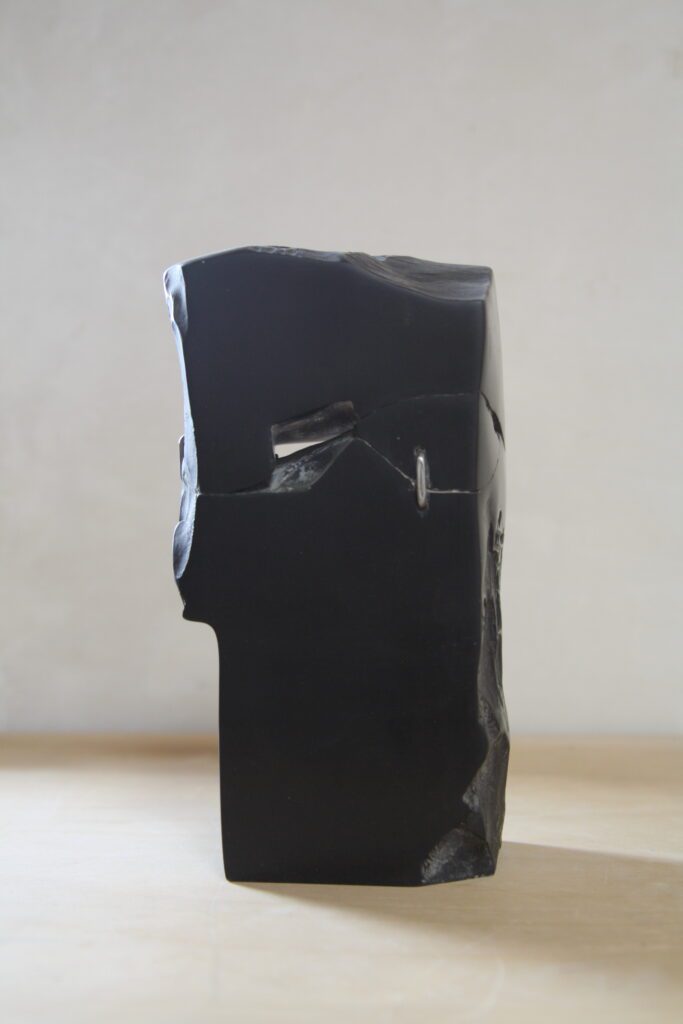 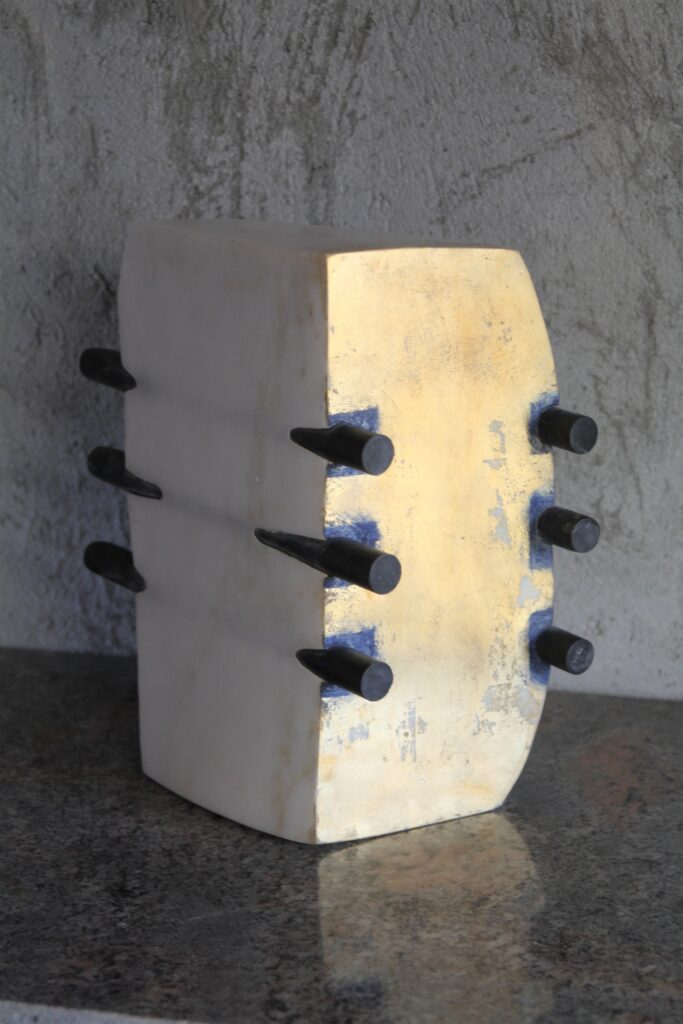 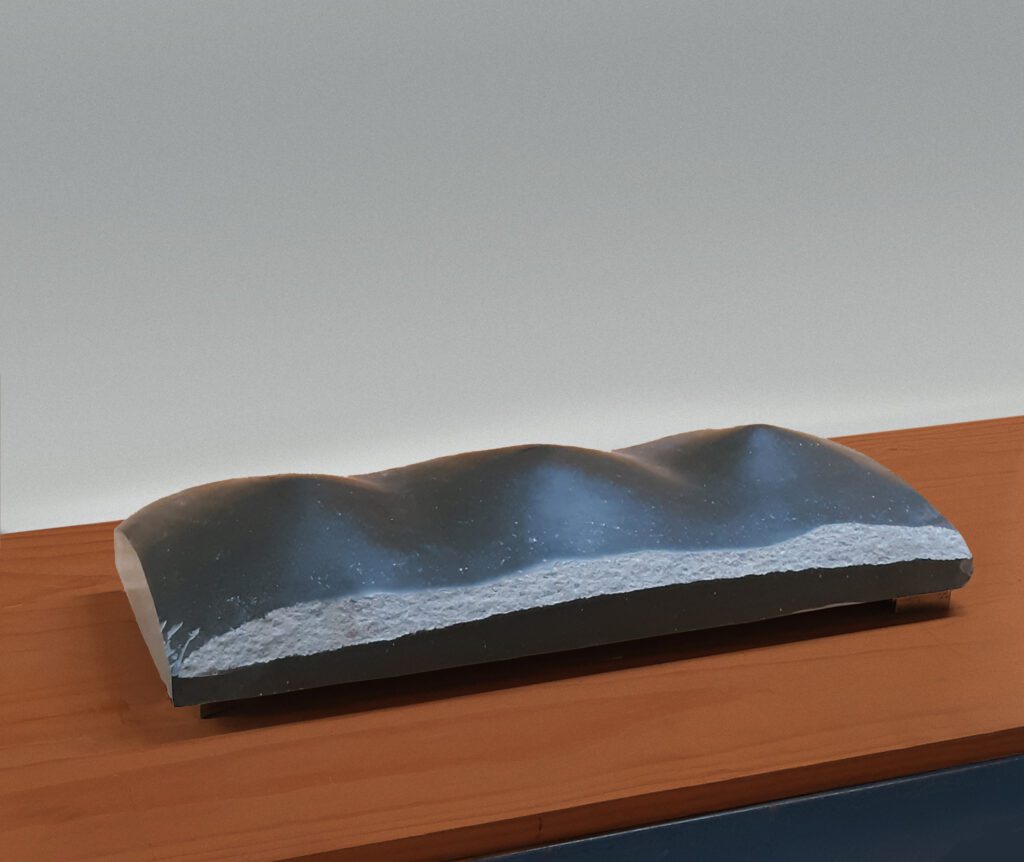