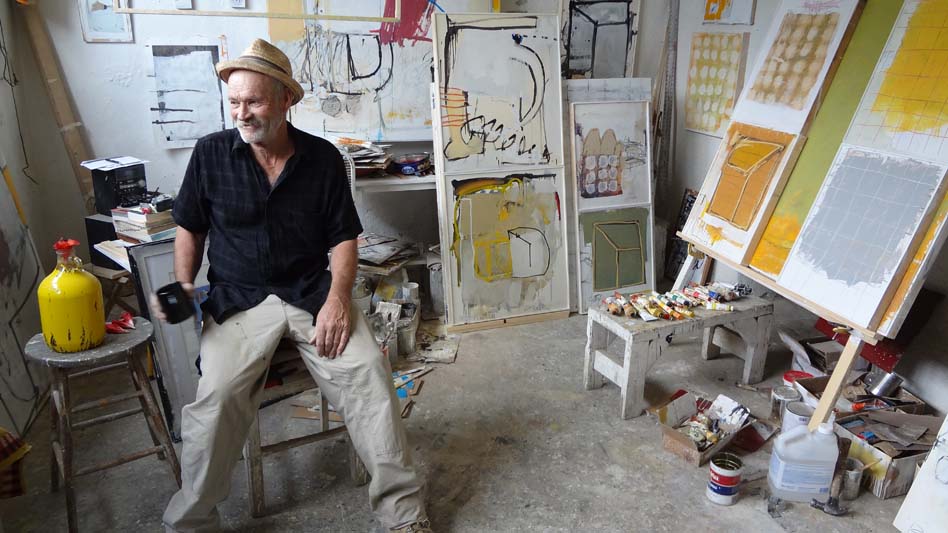 Tom Dixon was born April 16, 1946 in Butler, Pennsylvania, and raised outside of Denver. As a teenager, he recalls being deeply impressed with a Franz Kline painting at the Denver Art Museum. After the Army and Germany, Dixon returned to the Denver area where he attended commercial art school for a year and did paste-up and illustration for magazines in the late 1960s. In 1969 he moved to Chicago, and on the strength of letters of recommendation from several artists, he “lucked out,” as he put it, and attended the School of the Art Institute of Chicago for the next two years.

“I didn’t know anything,” he comments. “I was just a kid from the sticks. The GI Bill covered my rent. I could draw realist and super-realist stuff. But I thought, "What?  Do I want to become film emulsion?" I spent most of my time in the museum. Painting was dead then. If you were a painter, they’d send you off to the Chicago Academy of Art. I wanted to make a painting, and that’s what I’ve been trying to do ever since.”

Dixon drifted out of Chicago to the Mill Valley, California area where he did construction and house carpentry. In 1978 he moved to Taos, immediately turned his full focus to drawing and painting, and began showing hard-edged, non-objective work on paper at Dana Lesnett’s daring DEL Fine Arts on Kit Carson Road. For the past twenty years, Dixon has lived and worked in a small studio in Taos with copious north light and an unobstructed view of Taos Mountain.

Dixon’s work on panels of multi-hued, obsessively worked layers of oil, appear physically attacked on a human scale. Scraped, splashed, and scratched, each work is a scarred palimpsest of infinite activity and pigmentation. Assaulted with a steel chisel, 10 inch brush, wide palette knives, or whatever is handy, the panels reveal strata upon strata of history beneath the frenzied graffiti, countered by lyric color combinations, calligraphic markings and at times, geometric designs drawn in oil stick.

Dixon’s most recently started painting on large scale canvas, scale always being what drives his signature mark. In the artist's words, “working on canvas forces me to be more painterly” and even though the end result emanates an air of sophistication, the paintings are recognizably and eloquently Dixon.

School of the Art Institute of Chicago, Chicago, IL

Please follow the link below to view the online catalogue for the 2018 exhibition Painters Painting: Tom Dixon & Peter Parks, organized by 203 Fine Art.

Works on Canvas & Board

Scroll Down for Works on Paper 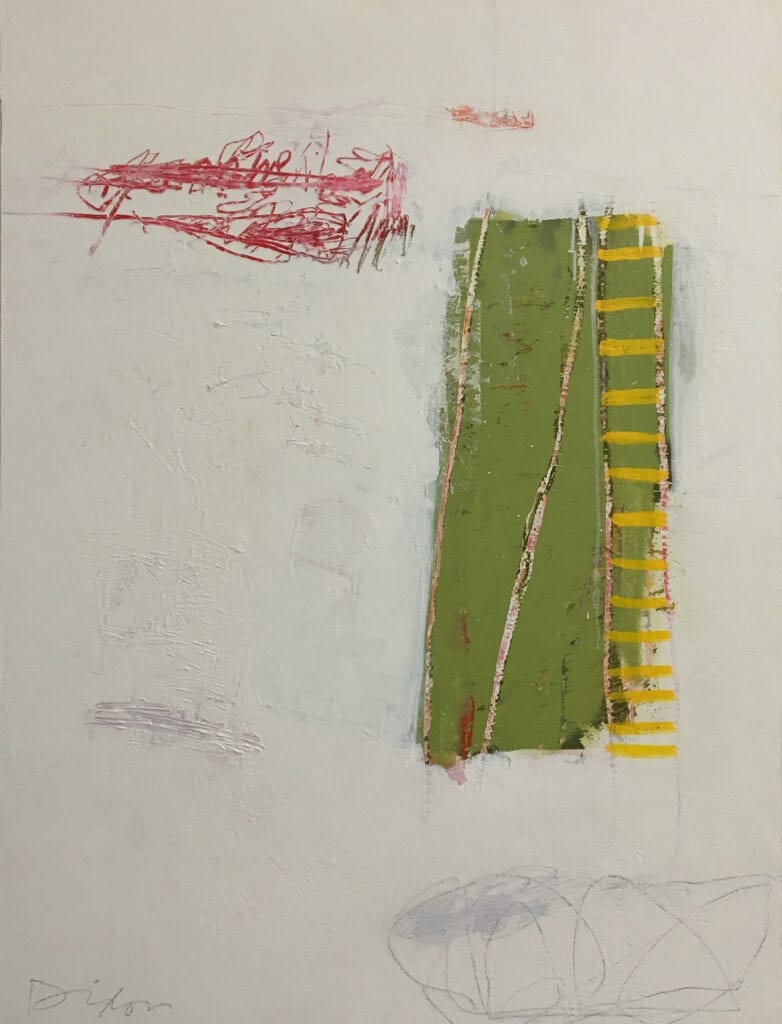 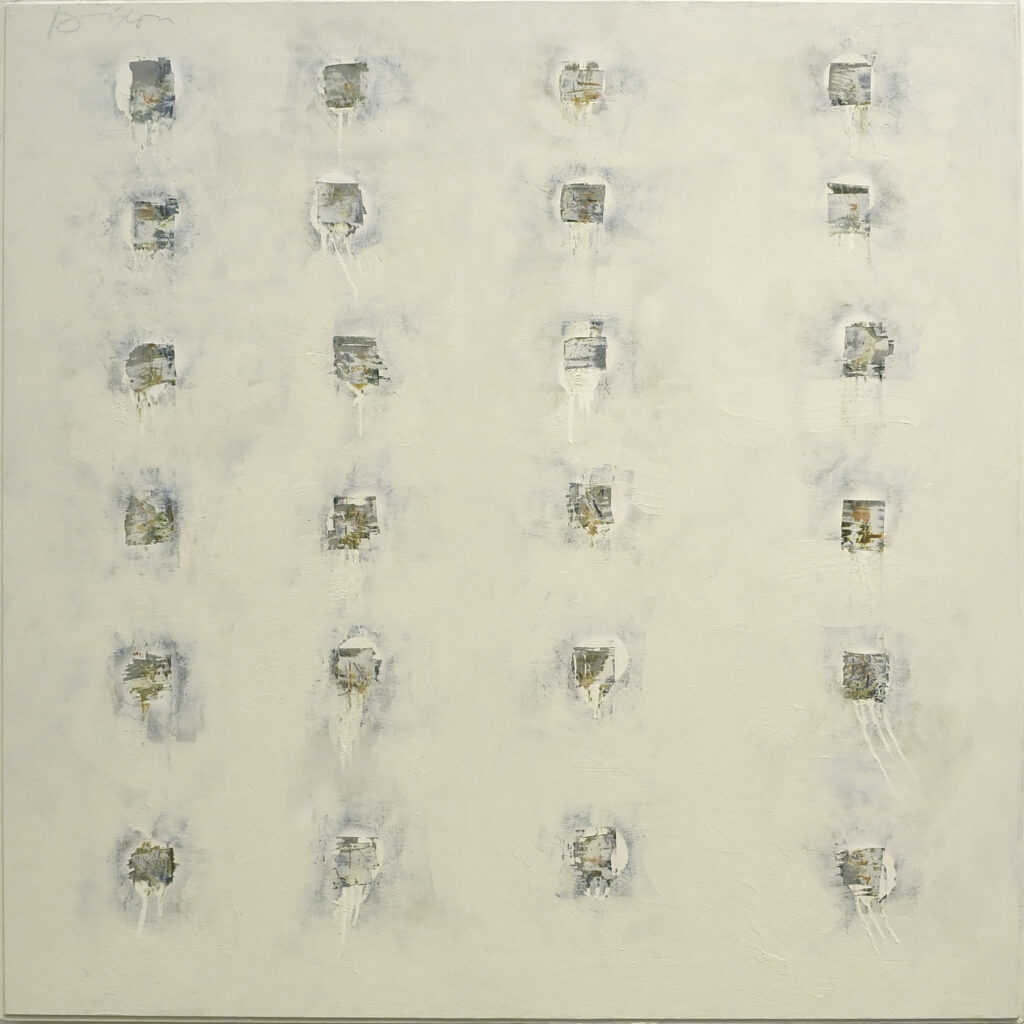 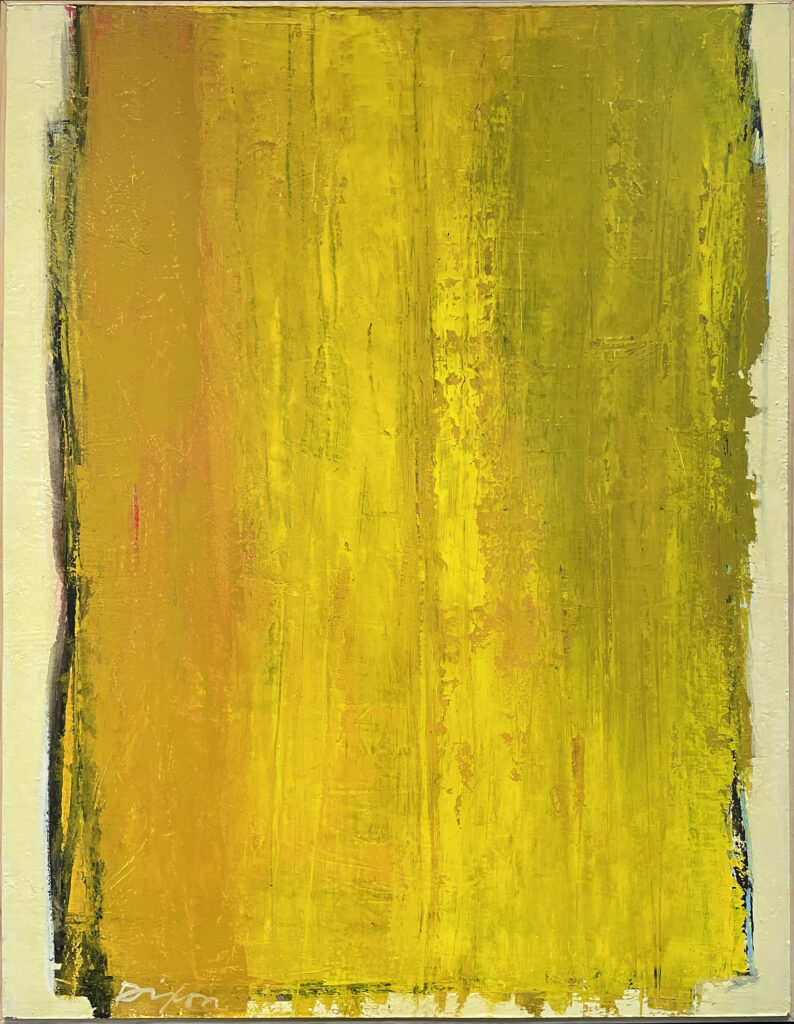 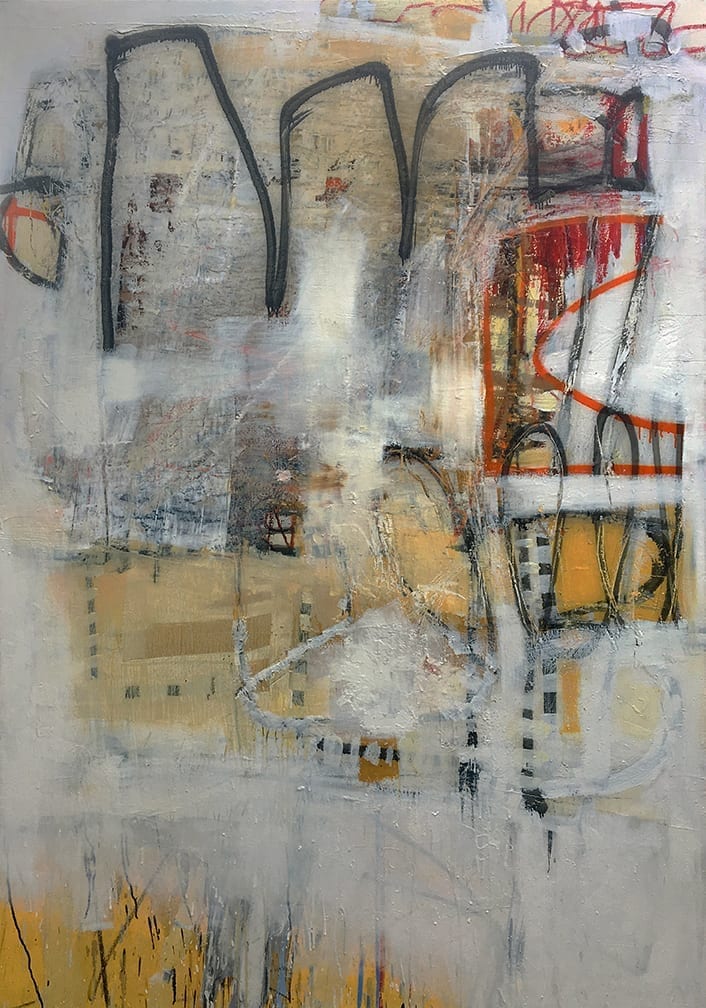 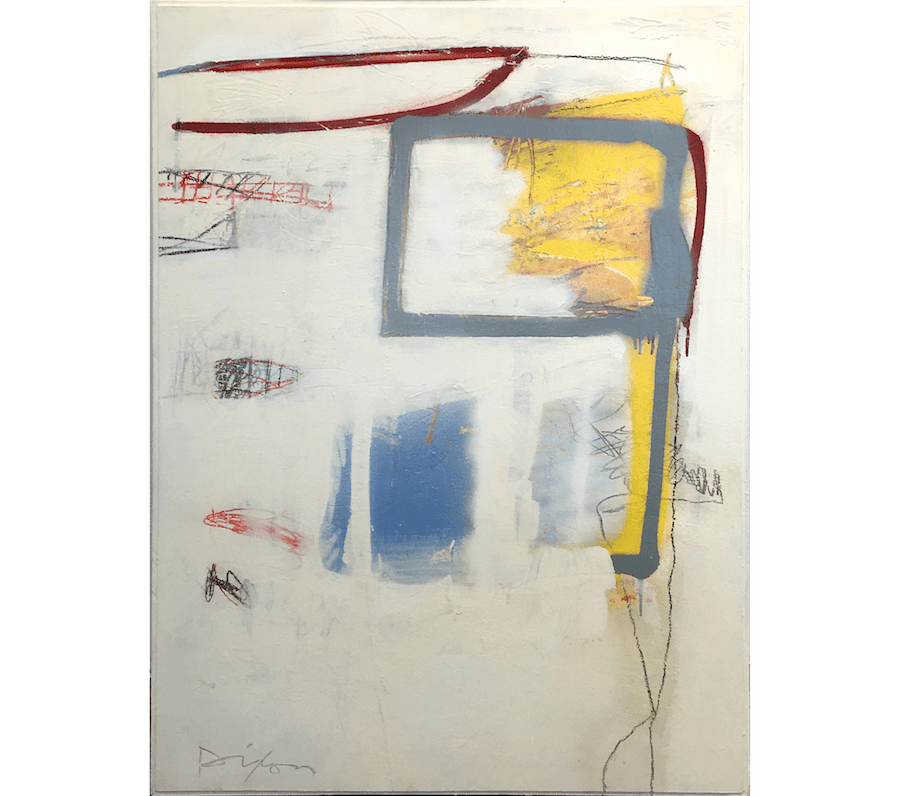 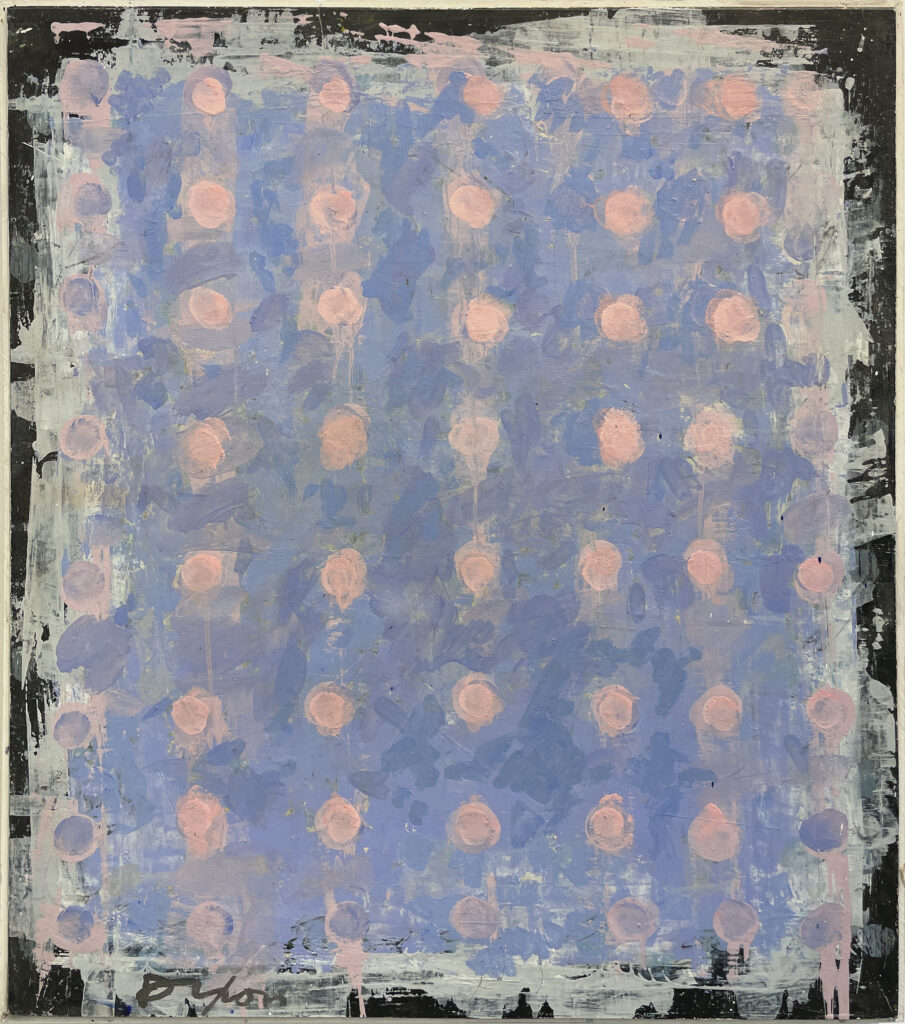 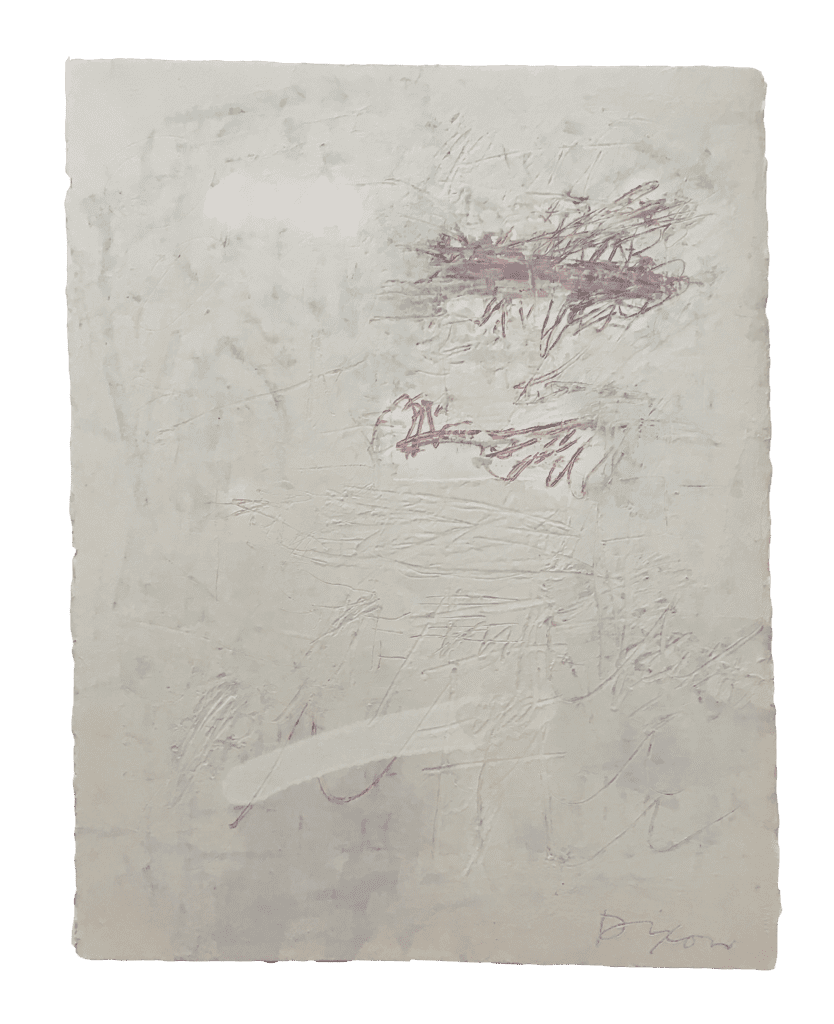 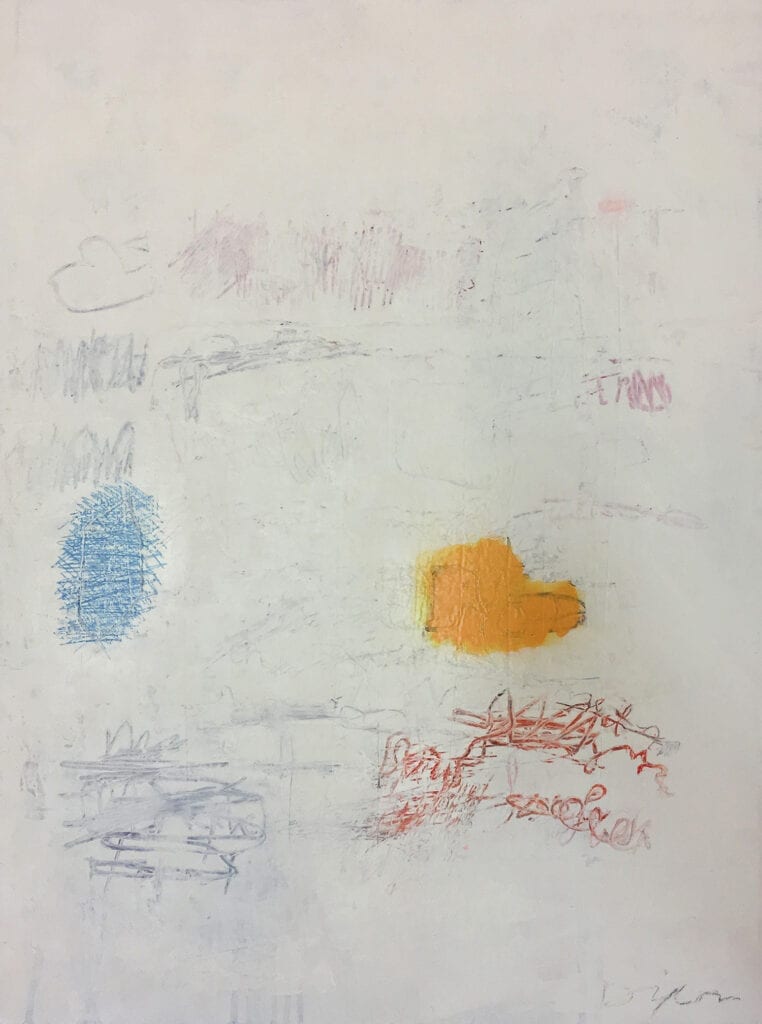 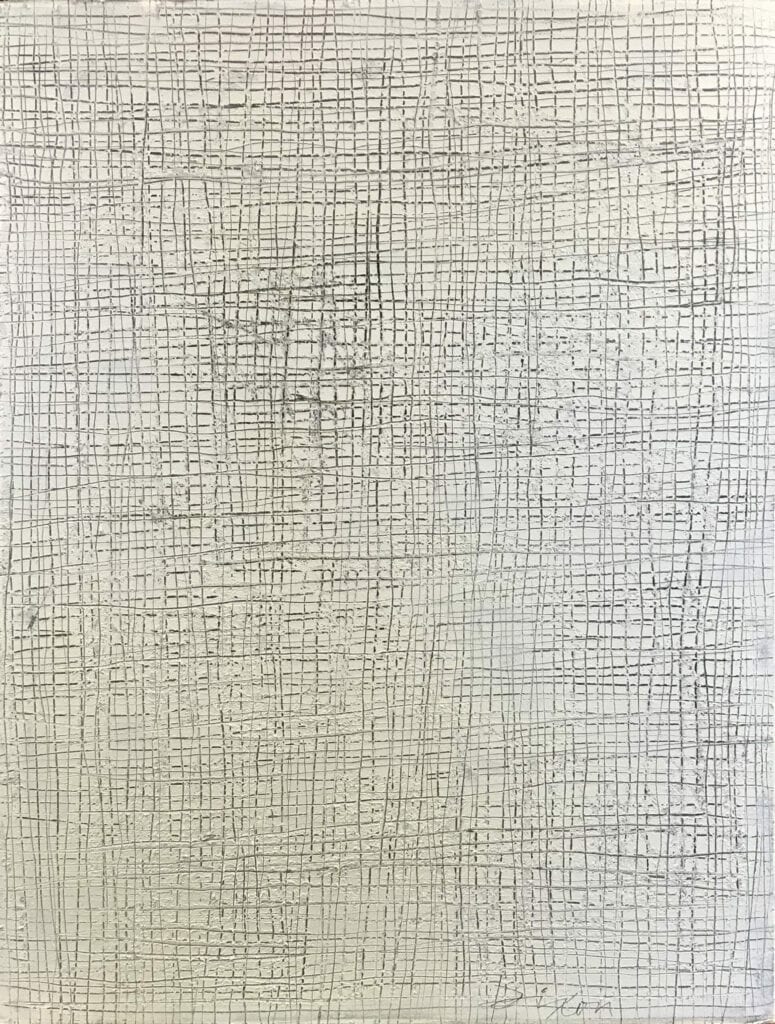 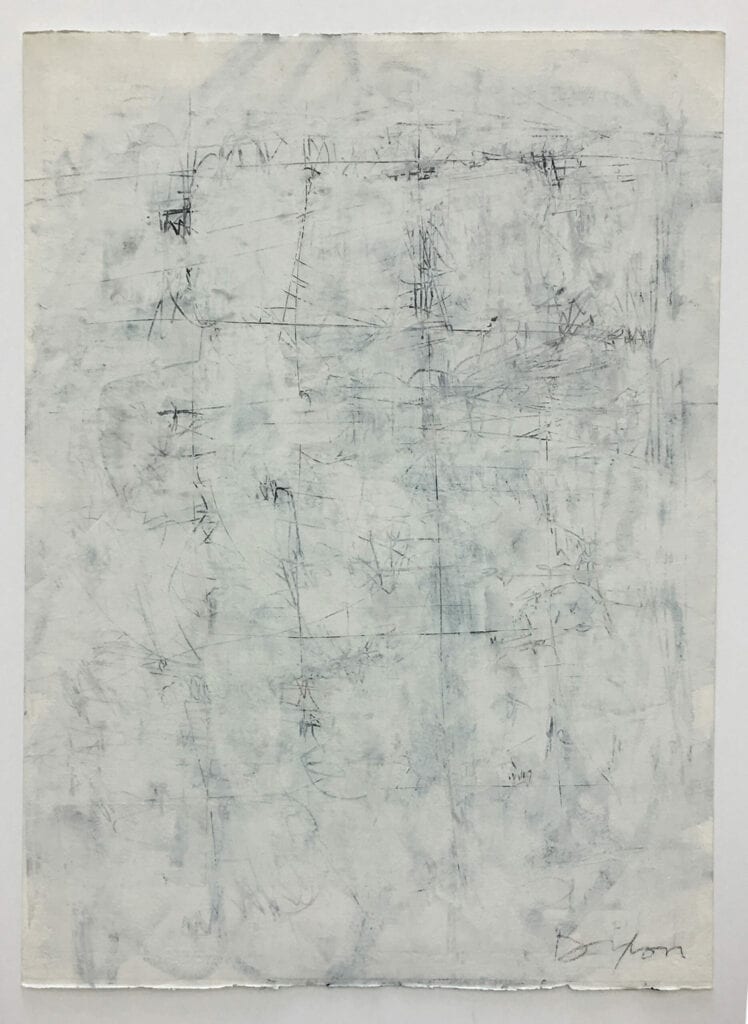 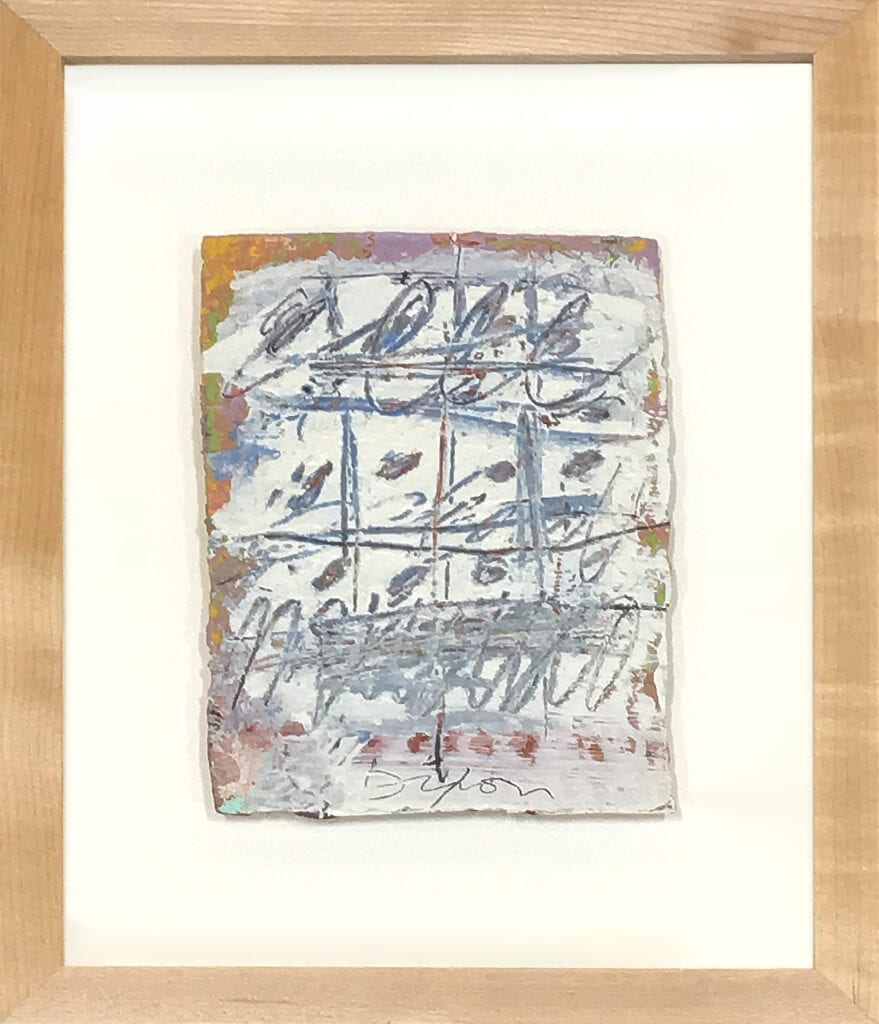 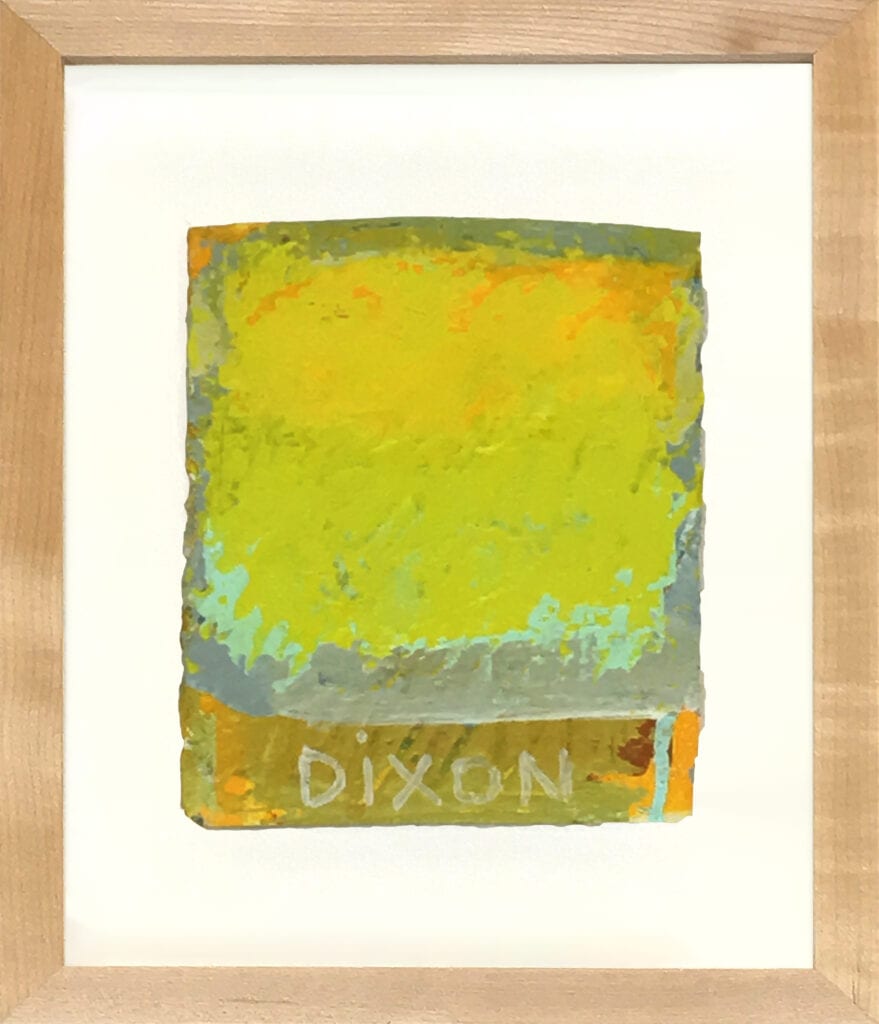