Born in Jacksboro, Texas, R.C. Ellis first began studying art through The University of New Mexico, Taos Summer Field School in 1942, where he met Andrew Dasburg whom he admired greatly.  Ellis would have moved to Taos earlier if it had not been for WWII, and his service through the Coast Guard.  After the war he returned to studying art at the New School of Social Research in New York in 1949, where he studied Abraham Rattner and Adja Yunkers (later one of the Albuquerque moderns).  He would return to New Mexico the following year to study at the University of New Mexico and eventually obtaining his BFA in 1950.  Most importantly to Ellis, between 1947 and 1953, he lived intermittently with the Tarahumara Indians of Mexico’s Sierra Madre whose art he greatly admired.  His ties to Mexico, which were as strong as those he felt for the Southwest, became even stronger with his 1957 marriage to Rosamaria Ramirez de Alba, a Mexican citizen.  He was the only artist among the Taos Moderns to pursue his career in two countries showing his work on both sides of the border.  He returned to Taos in 1961 as a resident of the Wurlitzer Foundation and again briefly in 1964, before finally settling in Taos in 1965.

His paintings from the 1940’s onward moved through Cubist and Abstract Expressionist influenced periods.  In the 1950’s his interest in the nature of luminosity led him to try for a kind of stained glass effect.  In later works he moved to a more minimalist – type artwork in both his painting and print making.

His first solo exhibition was at Gump’s Gallery in San Francisco California in 1942 and from there is work was exhibited in Washington D.C., Tucson Arizona, Santa Fe NM, Albuquerque NM, Linsborg KS, Amarillo TX, The Panhandle Museum in Carson County TX, The Ellen Noel Art Museum of the Permain Basin, Odessa TX, and at the Harwood Museum of Art in Taos.  He exhibited internationally in several galleried in Mexico, as well as at the Museo Nacional de Arte Moderno in Mexico City in 1964.

Ellis applied what he saw in the landscape, interpreting the lessons garnered from his observations to create his compositions.  Particularly by the time of his late work, he captured in paint, ink and other mediums the paradox of the desert, a surface that at first appears simple, but only because it’s true complexity is so well integrated into a flow of light and form.   R.C. Ellis died in Albuquerque New Mexico in 1979. 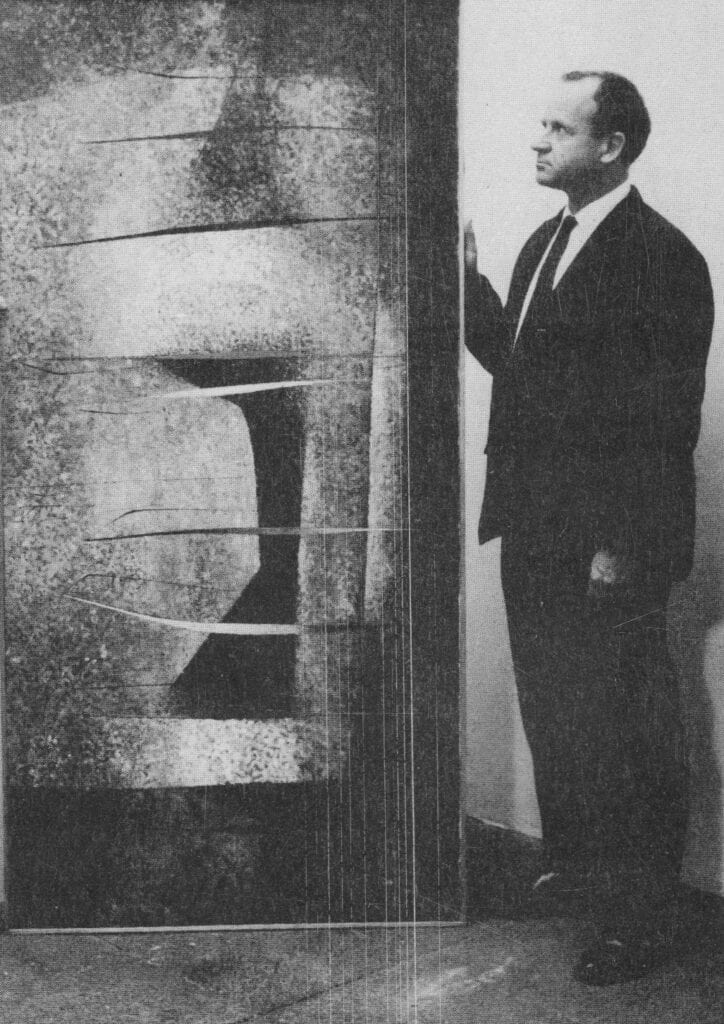 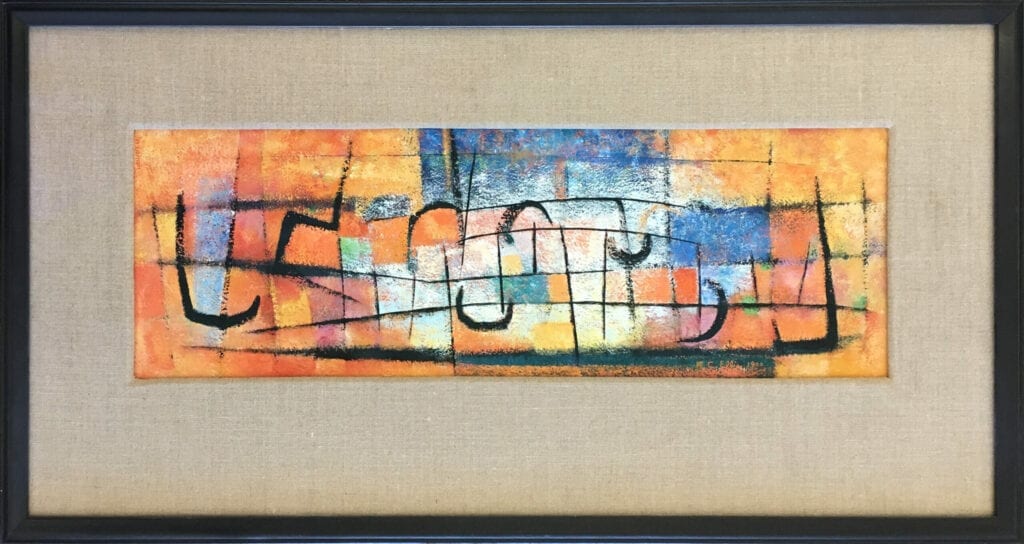 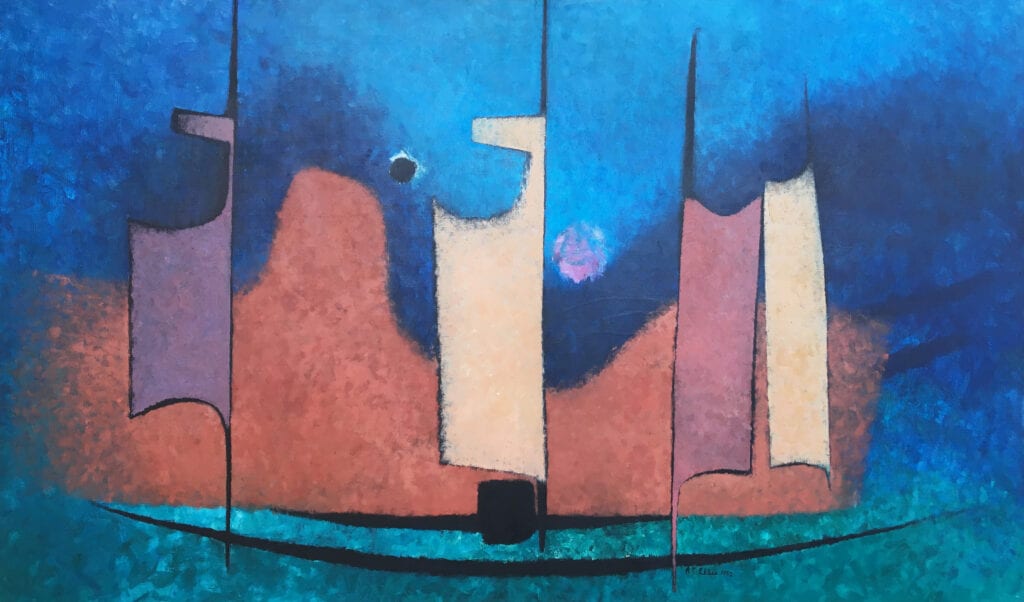 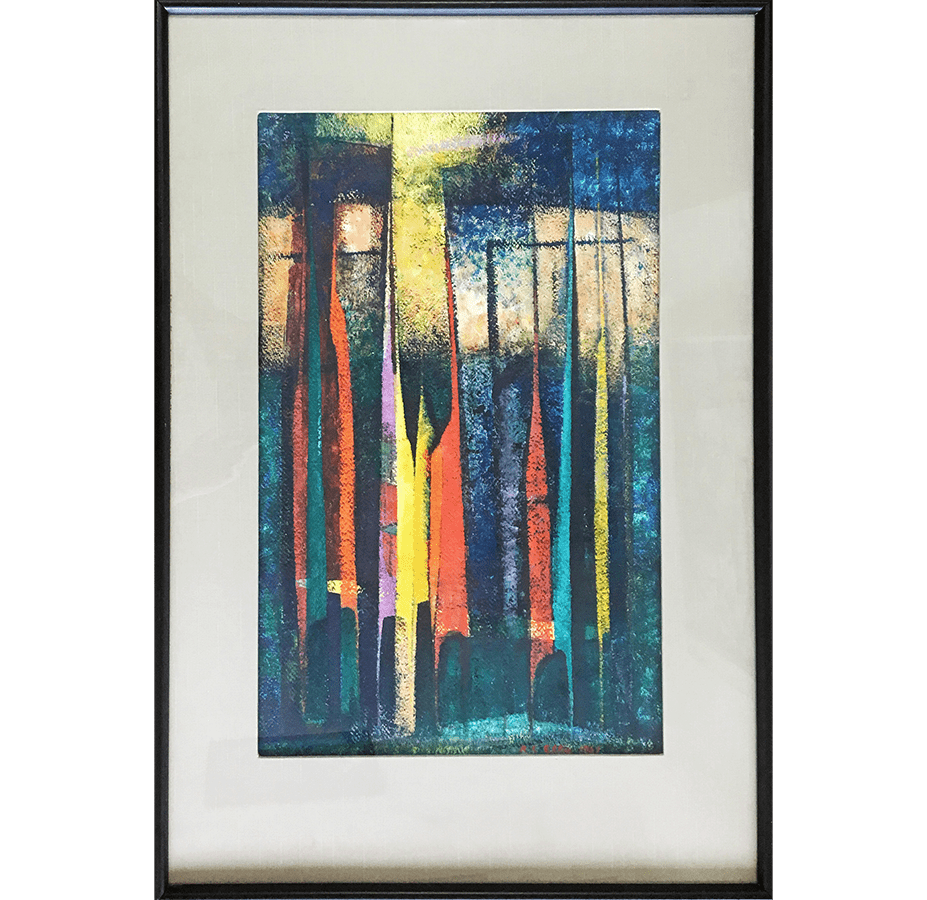