Andrew Dasburg was born in France in 1887 and moved to the United States in 1902. Dasburg attended the Art Students League in New York, where he studied with Kenyon Cox and Frank DuMond. He also trained with Birge Harrison at the Woodstock School of Art, where he would eventually attain the position of master teacher.

In 1908 Dasburg visited Paris, where he was exposed to Cubism and the work of Matisse, Picasso, and Cézanne. He was invited to Matisse's studio, where he had the opportunity to watch Matisse at work. Cézanne proved to be even more influential upon Dasburg, and would be a source of inspiration to him for the rest of his career.

Back in America, Dasburg participated in the seminal Armory Show of 1913. Mabel Dodge Luhan, a good friend and one of the organizers of the exhibition, invited him to visit Taos, New Mexico in 1918. Dasburg was struck by the landscape, and settled in Taos in 1930. He continued to be a proponent of Cézanne and Cubism, influencing an older generation of Taos artists that included Victor Higgins, Ernest Blumenschein, and Oscar Berninghaus.

An early Taos Modern, Dasburg is now credited with helping to draw national attention to Taos artists. By the end of his life in 1979, he had painted in Taos for just over sixty years. 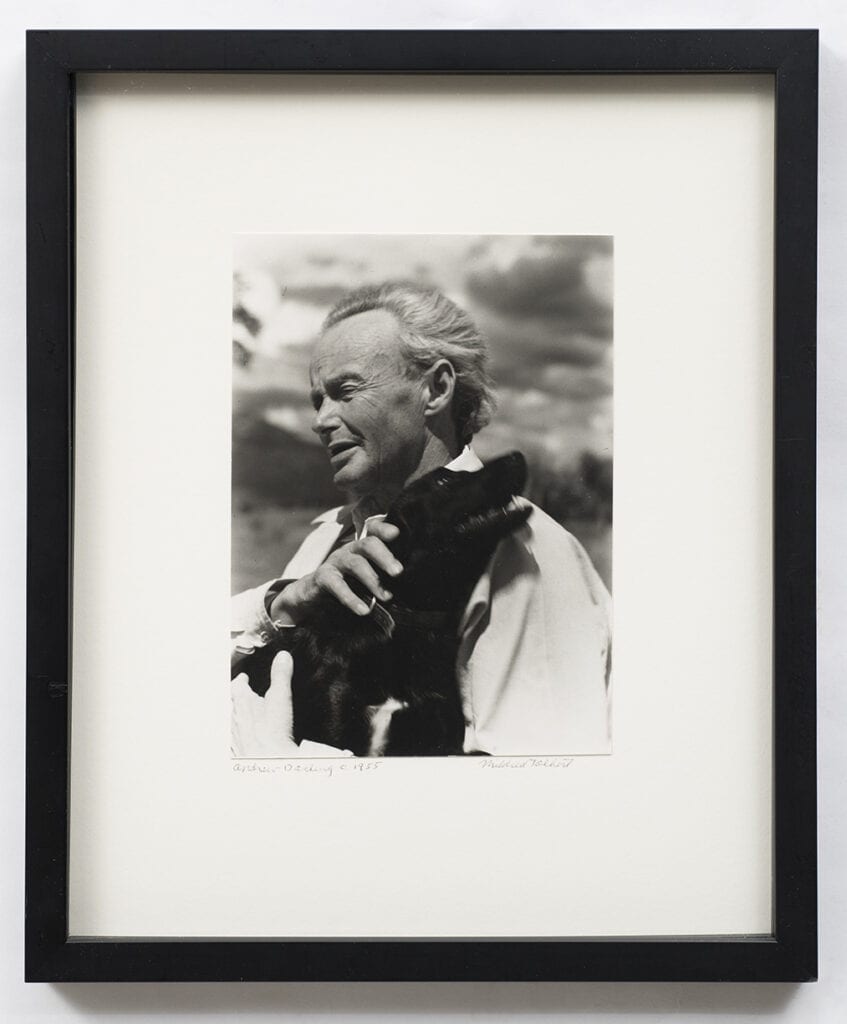 The following exhibition catalogues, published by 203 Fine Art, feature works by Andrew Dasburg. Please follow the links to view the catalogues on Issuu. 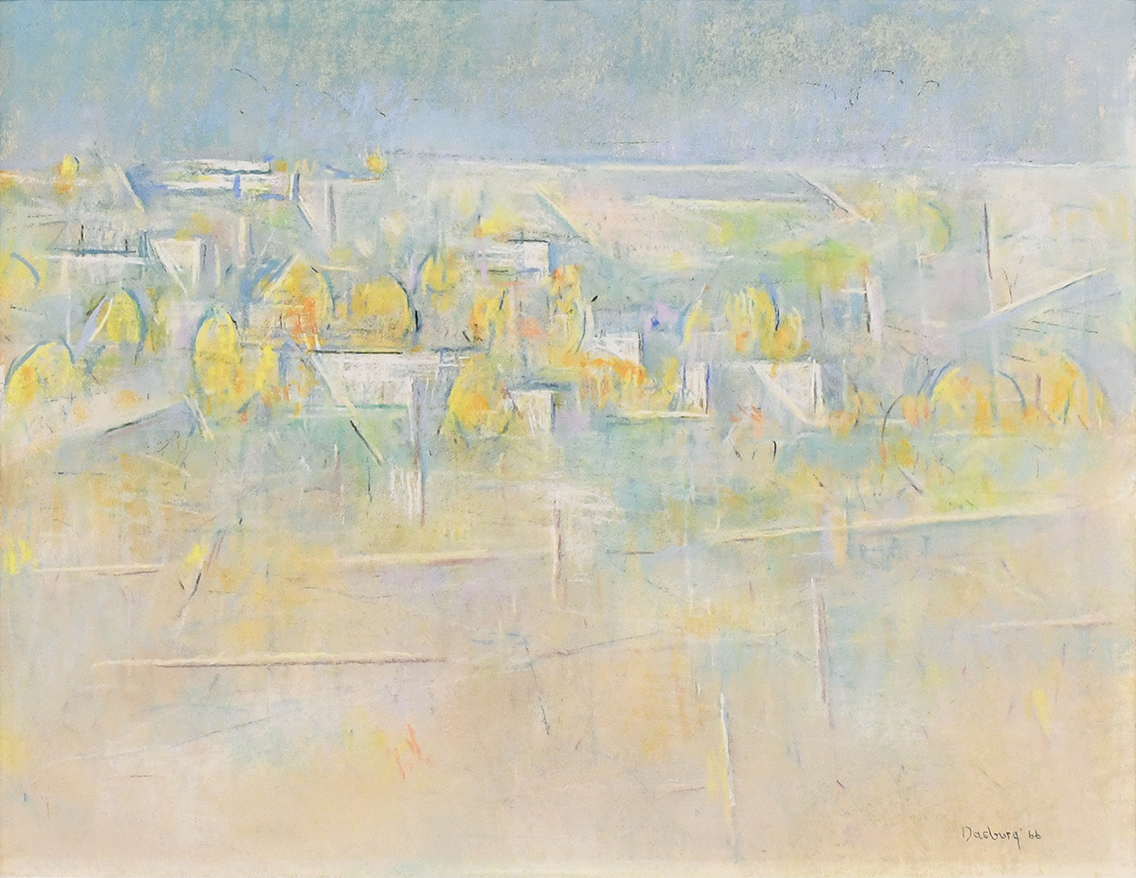 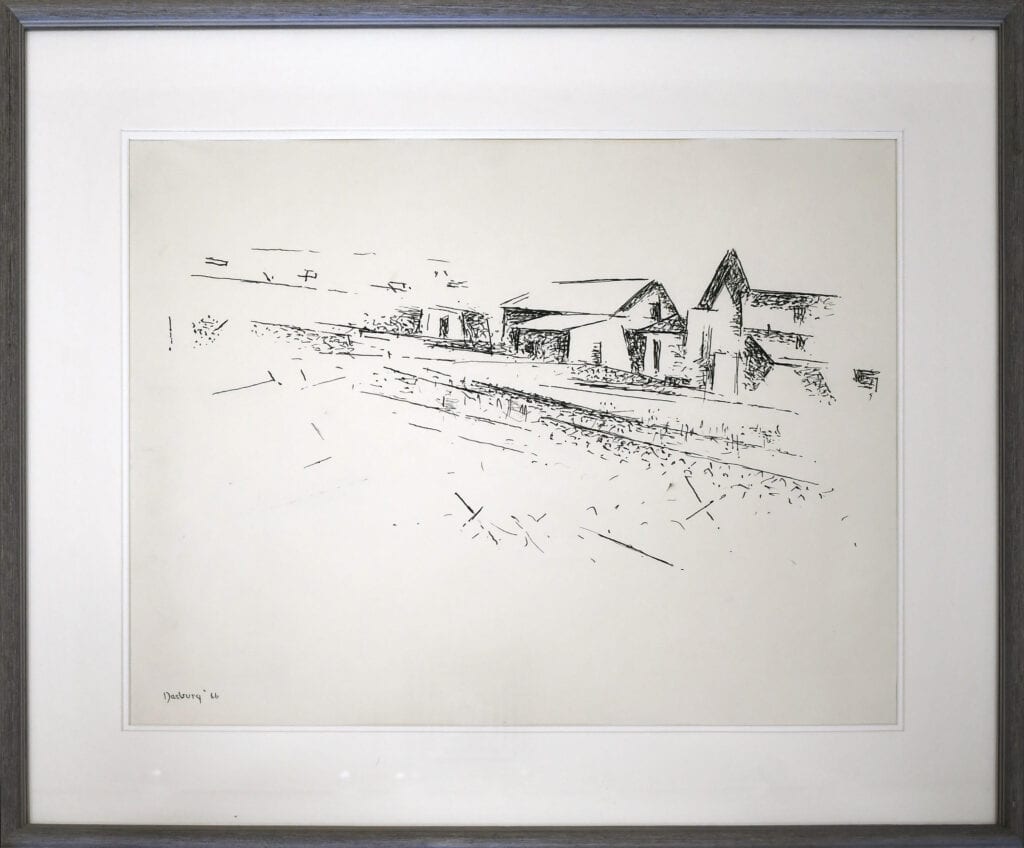 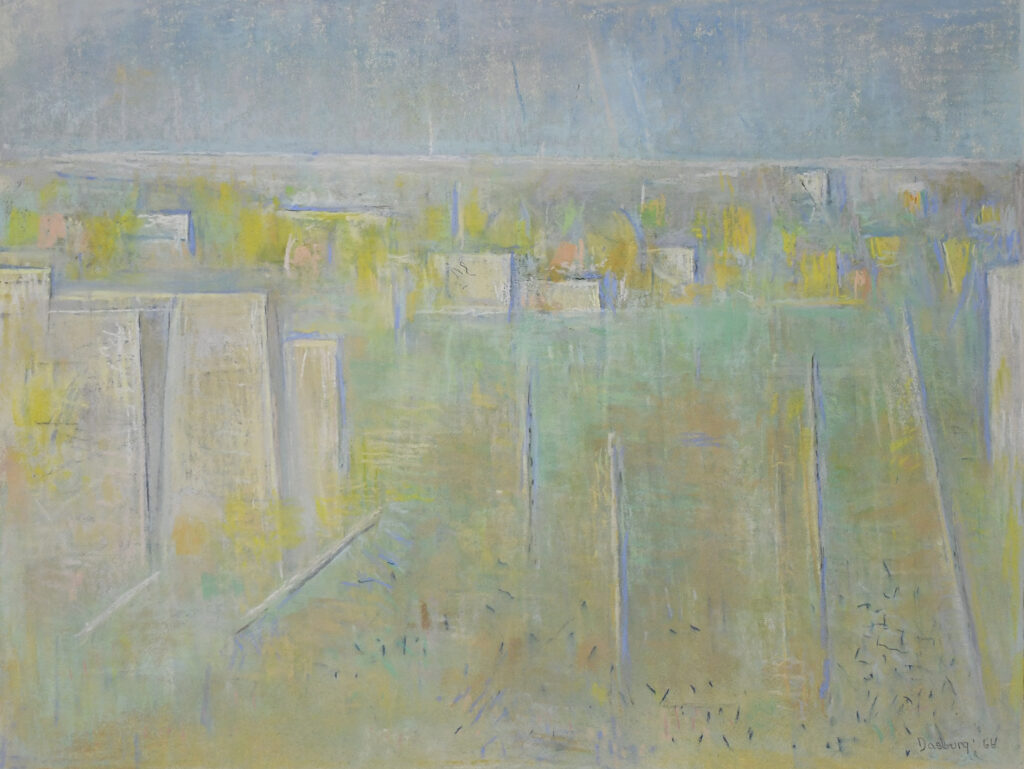 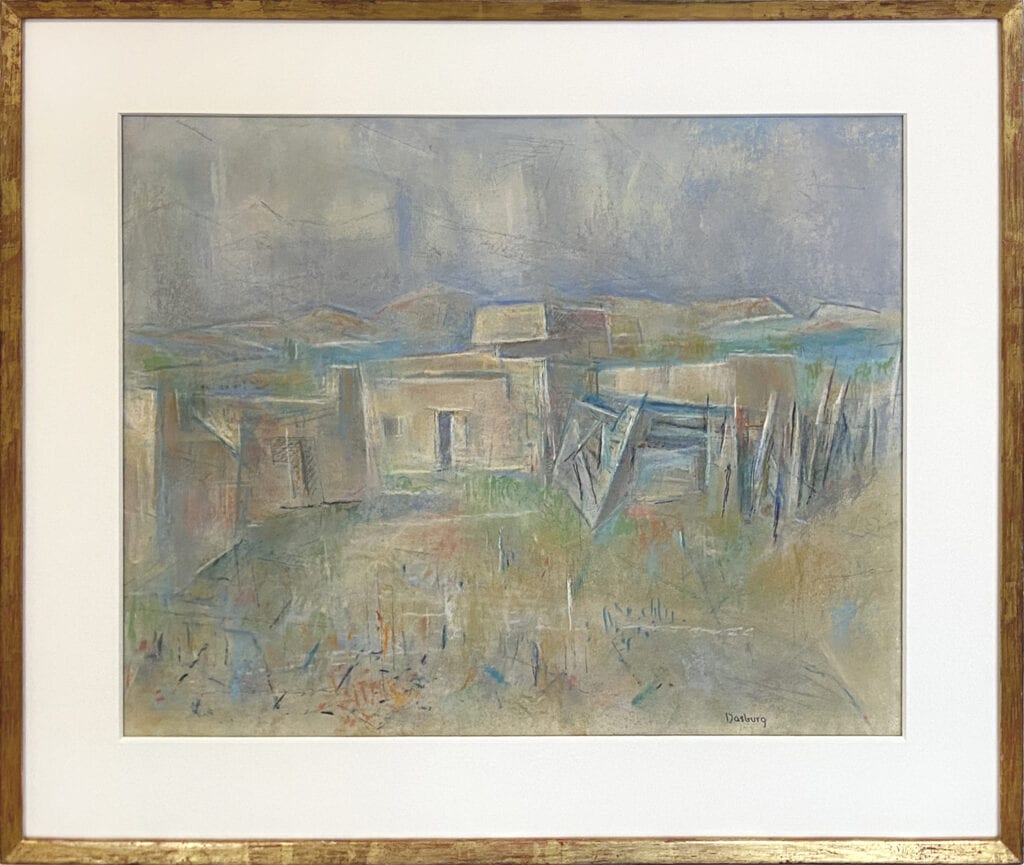 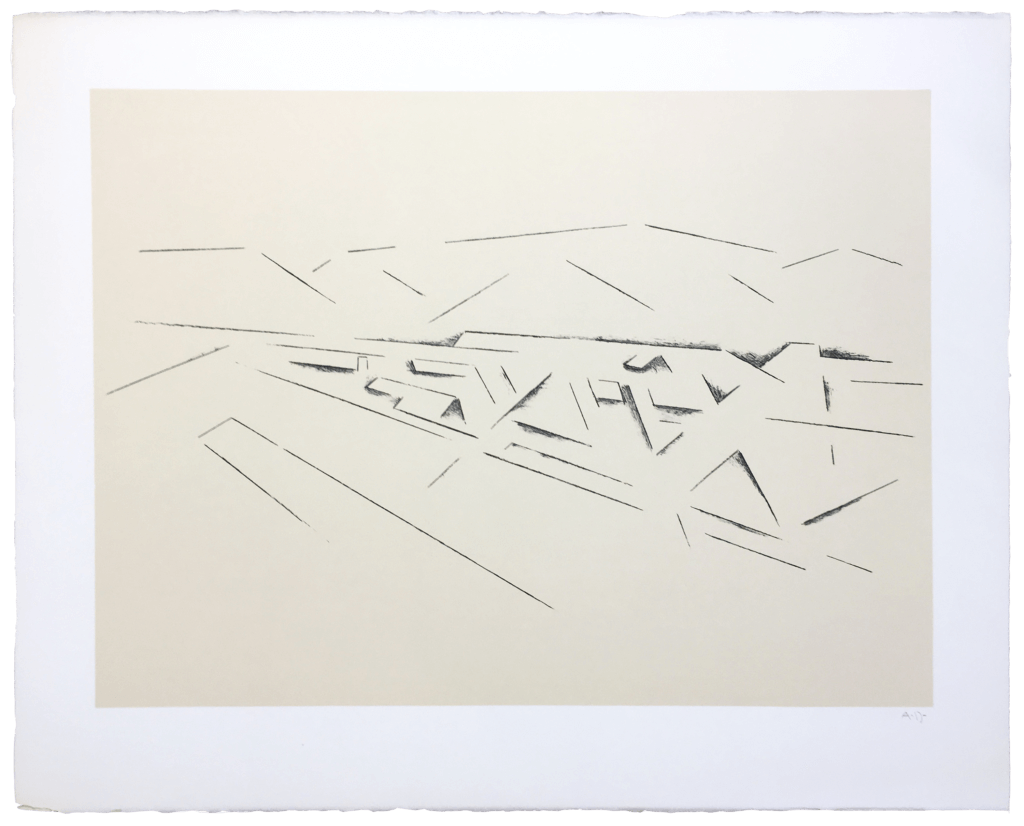 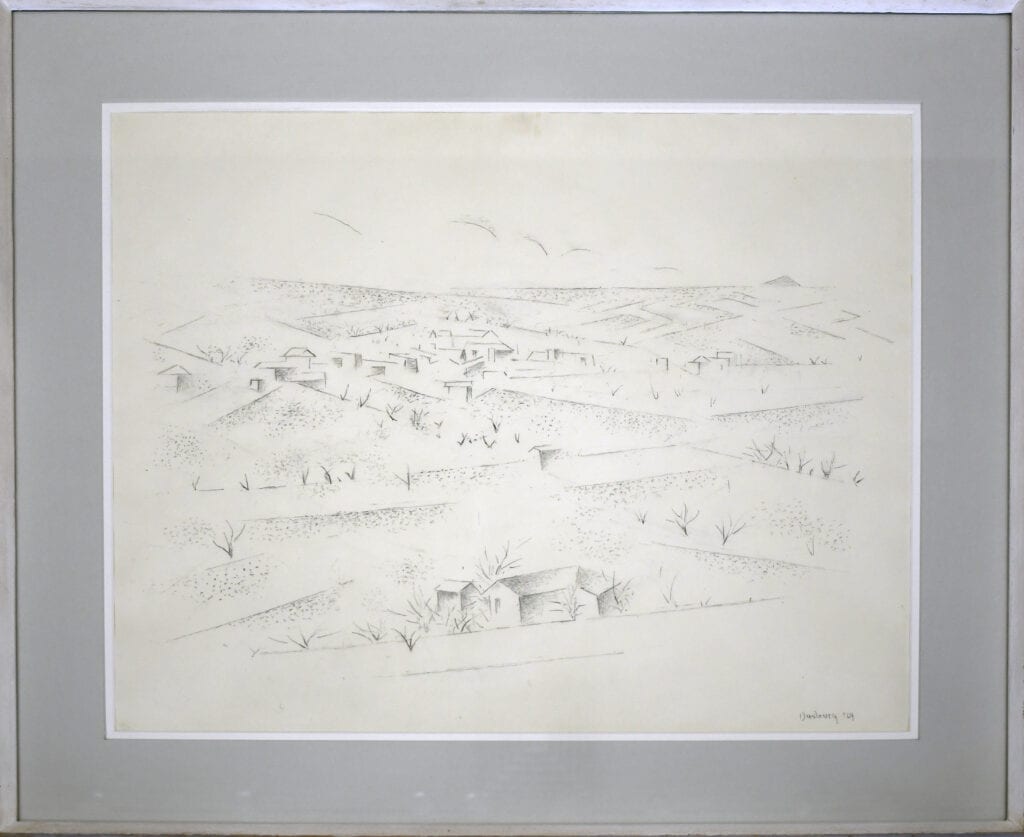 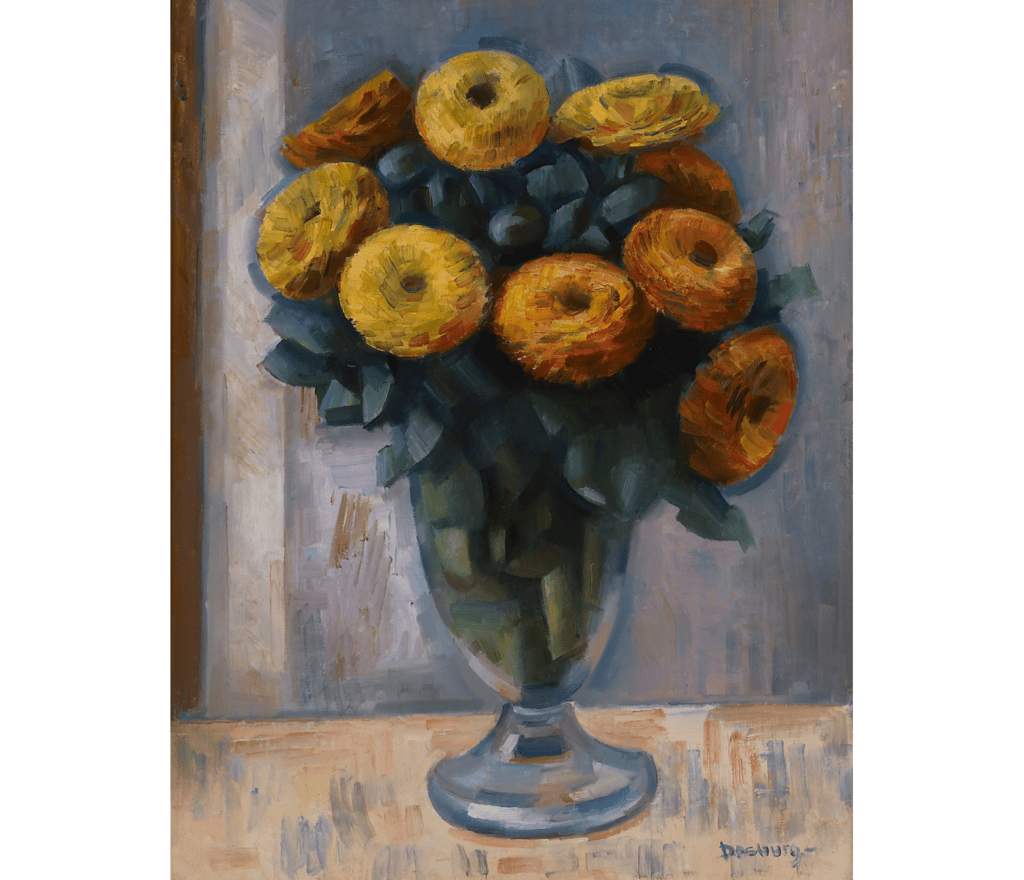 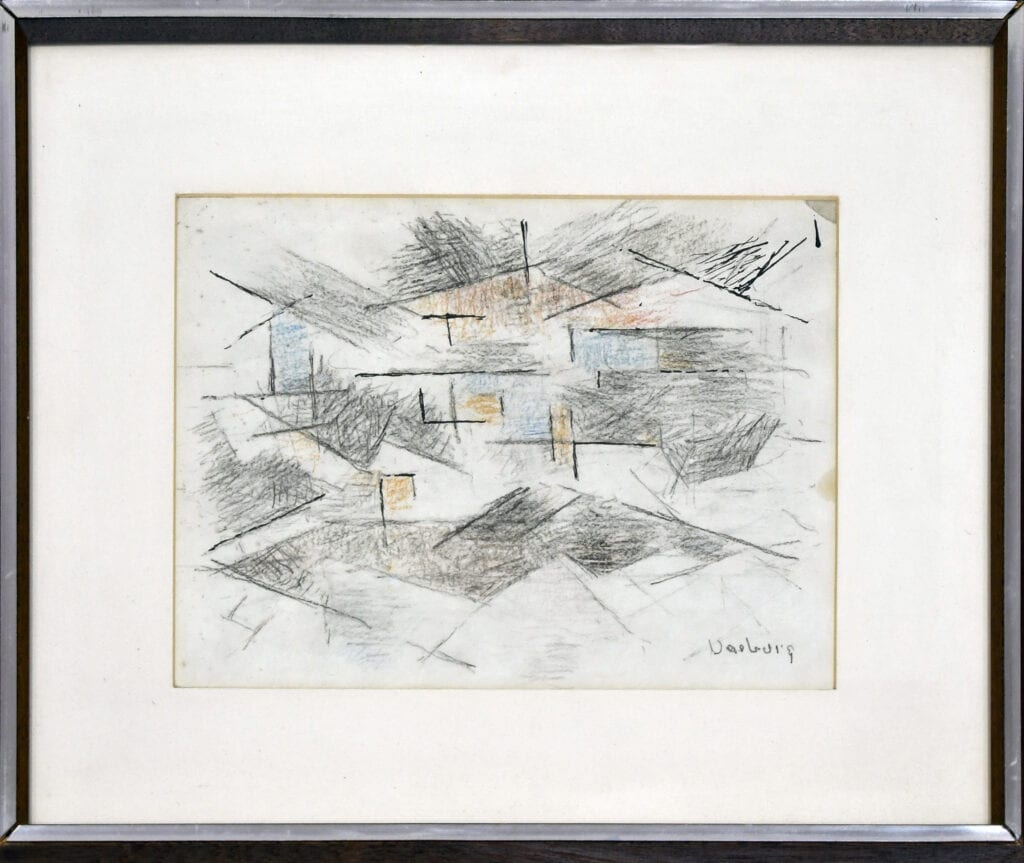 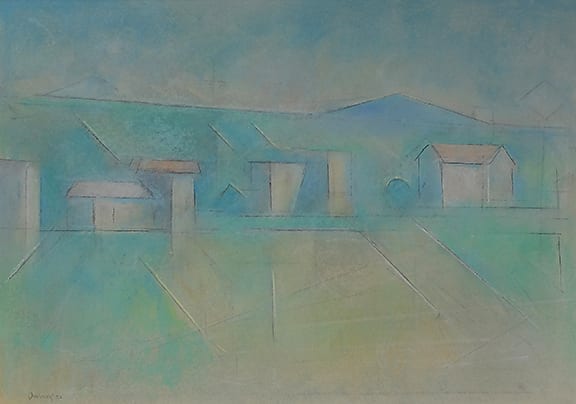 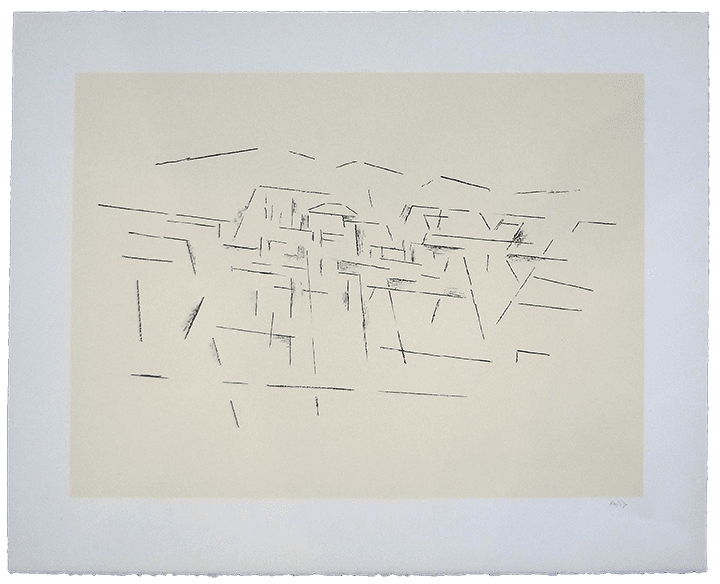 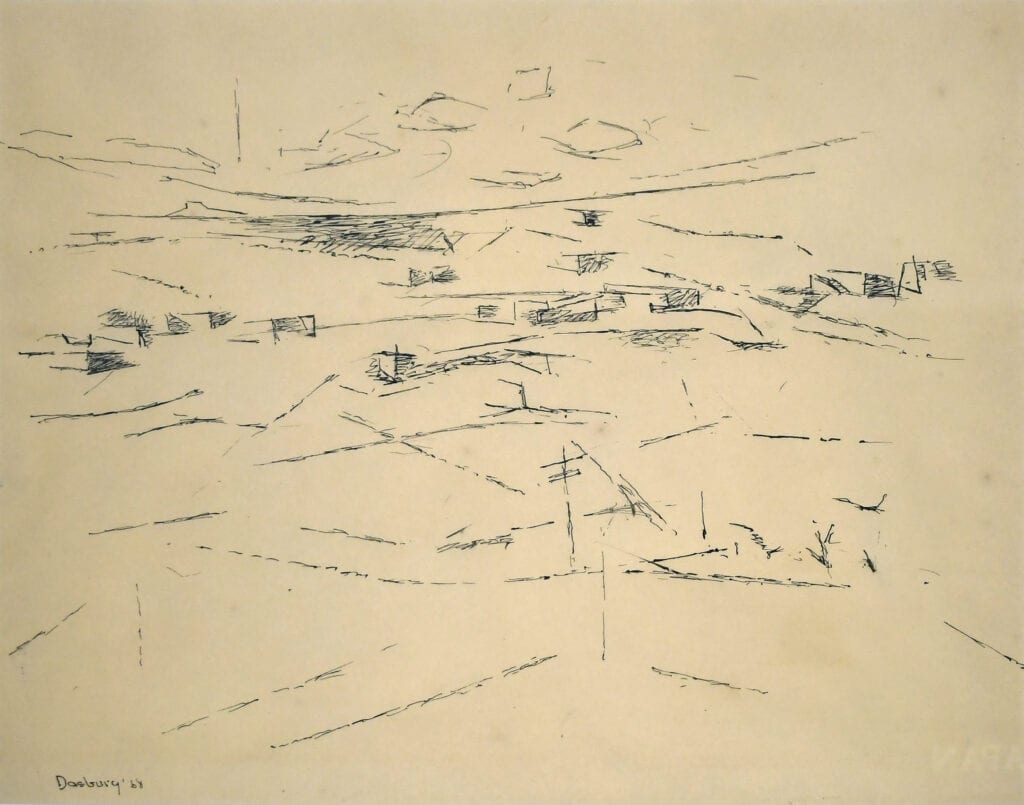 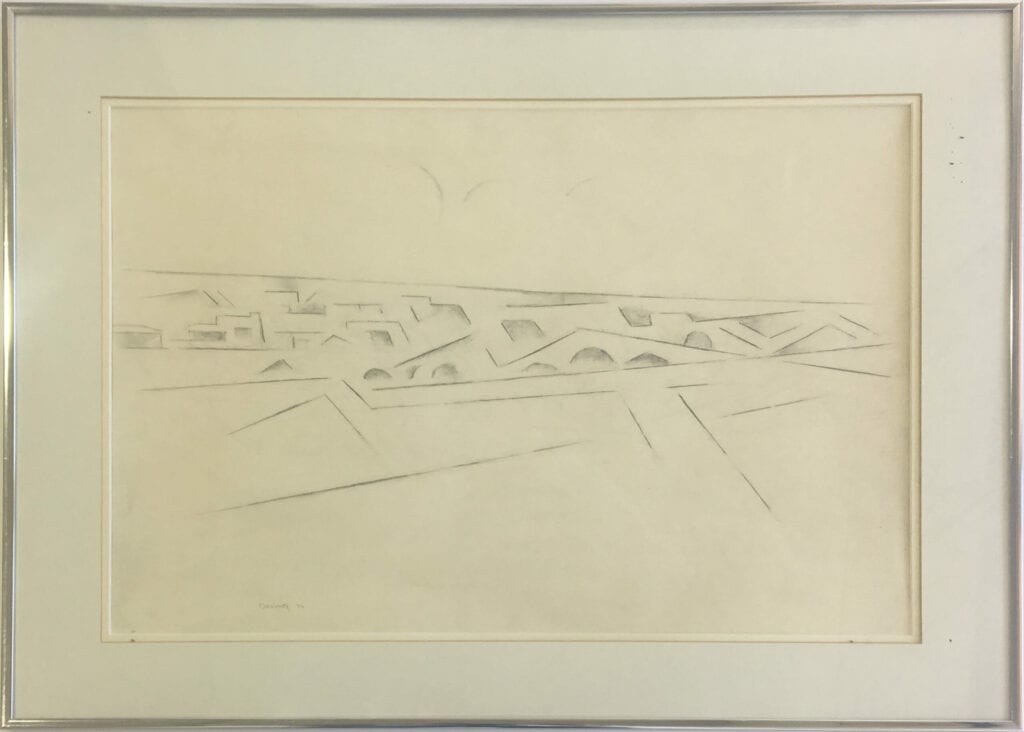 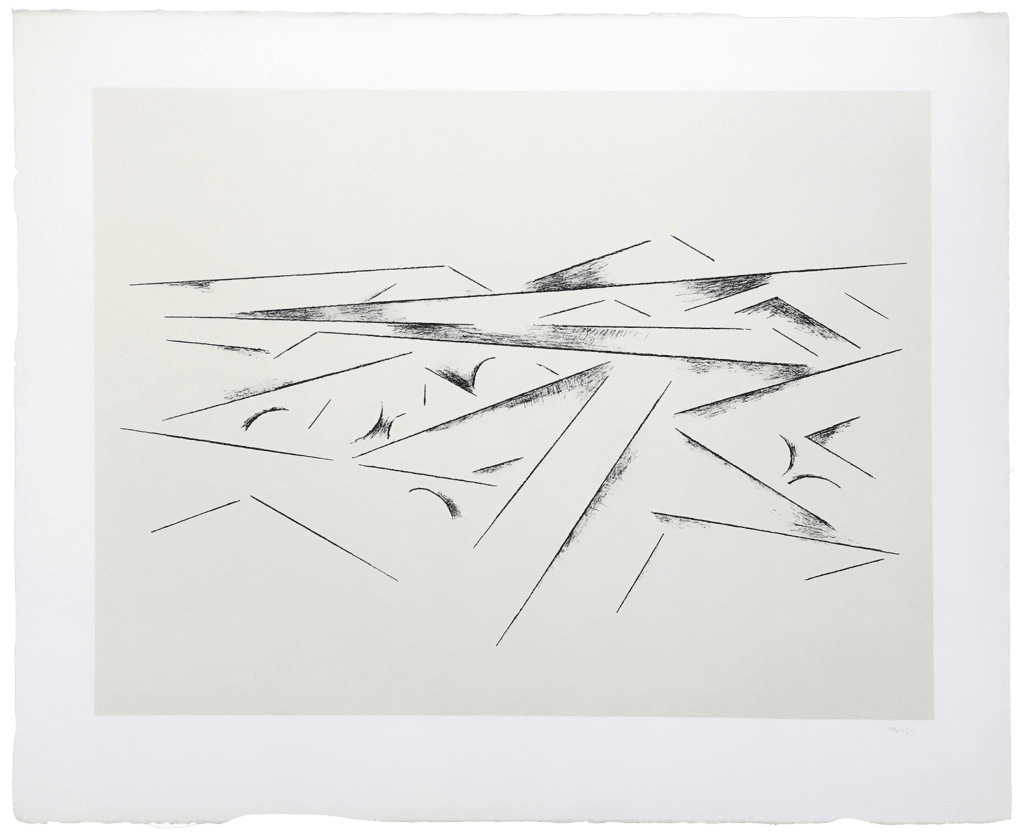 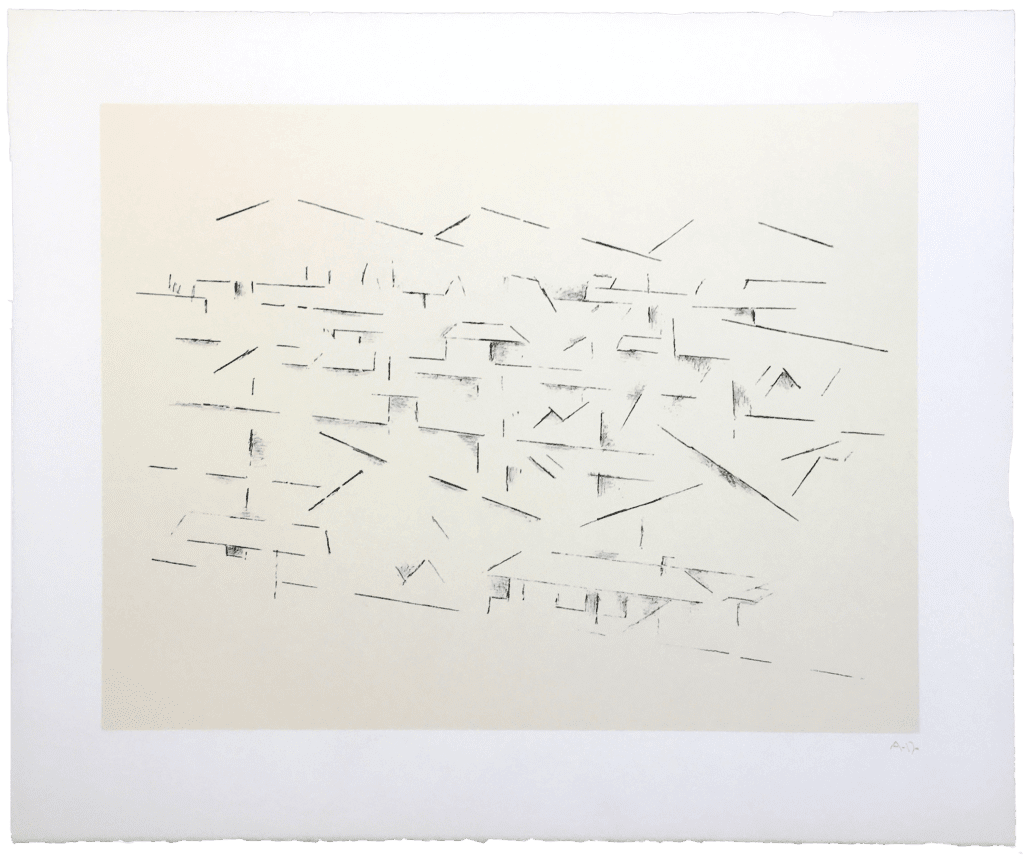 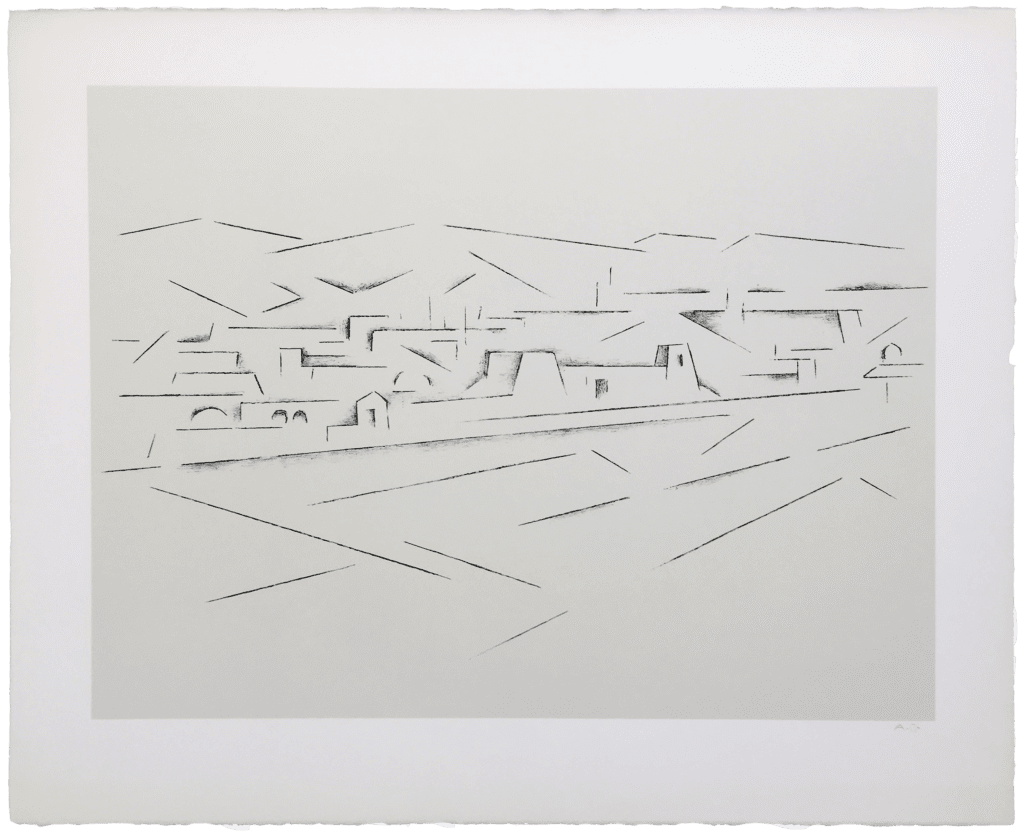 Selected Works in our Inventory